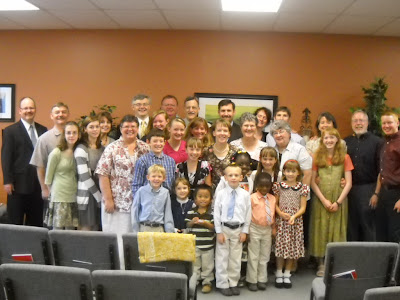 Image:
Christ Reformed Baptist Church founding members and children, with Pastor Steve Clevenger
Some nine months after our first meeting, Christ Reformed Baptist Church constituted in a solemn Covenant Service on Sunday, September 26, 2010.  The service capped a meaningful weekend as the church ministered together by hosting the Keach Conference on Friday and Saturday (September 24-25).  Pastor Steve Clevenger of Covenant Reformed Baptist Church in Warrenton offered a challenge to the church to uphold three principles:  (1) to have our main focus be worship; (2) to have our primary means of grace be the word preached and the ordinances observed; and (3) to be the people of God.   In our founding resolution twenty-four baptized believers affirmed the Membership Covenant, Confession of Faith (Second London Baptist 1689), and Constitution (our current average Lord's Day attendance is 45-50).  Jeff Riddle was also called as founding minister and elder. The members then signed their names in the membership book.  The founding membership list also included Elder Bill LaGrange (in caelum).  The service concluded with the sharing of the Lord's Supper.  Also present was Elder Brett Vincent from Covenant Reformed BC.

Before the Covenant Service the member candidates and families gathered around the tables and shared their understanding of the gospel and their testimony to faith in Christ.  The stories of God's pursuit of true worshippers took us everywhere from the synagogue to nominal Catholicism to West Point to rural churches to nightclubs, with many other stops along the way. 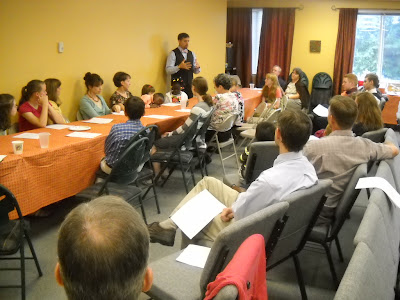 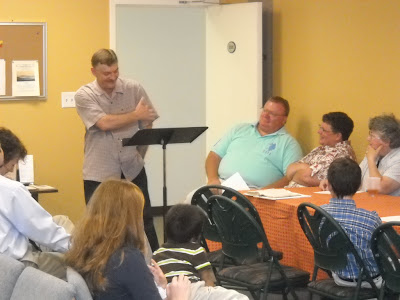 Image:  Bob, as he often does, had us both in stitches and in tears. 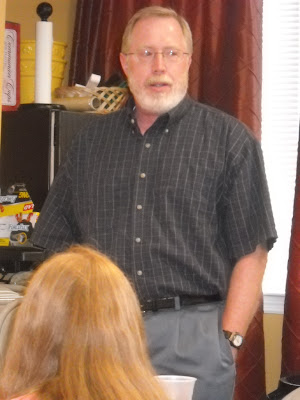 Image:  Jeff challenged us by asking us to think of this church's role for future generations. 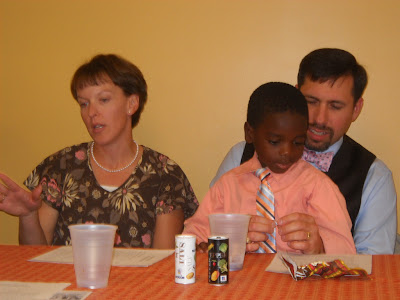 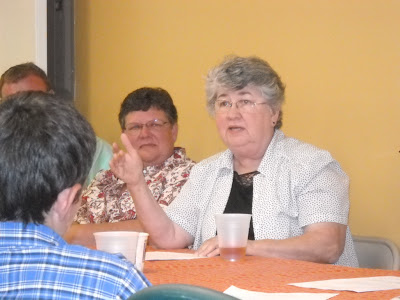 Image:  Judi's typically wise and winsome description of God's movement in her life was solid. 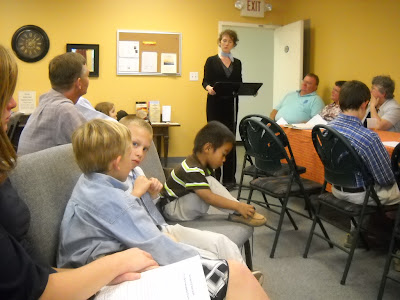 Image:  Stephanie shared how the Lord used the witness of her husband to bring her to Christ. 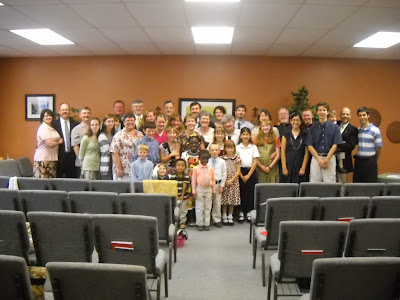 Image:  Founding members and children along with guests from Covenant RBC. 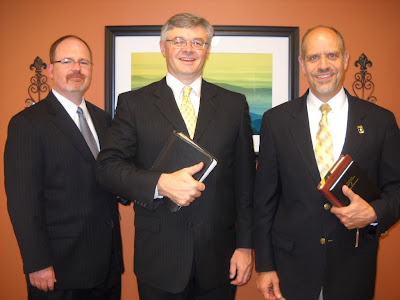 Image:  Here I am flanked by Elders Steve Clevenger and Brett Vincent of Covenant RBC.  Covenant has served in partnership with us in the church plant and their Pastor and Elders have been a great encouragement in this process providing prayer, support, guidance, and accountability.
Posted by Jeffrey T. Riddle at 5:07 PM