Debate Follow Up: The Two Most Shocking Things Said By James White in Our Debates 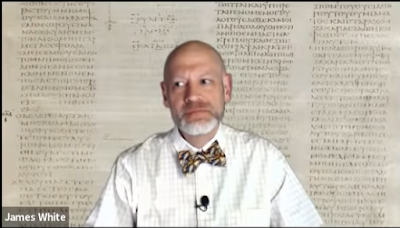 What were the two most shocking things said by James White during our two debates last weekend?

Both of the things I found most shocking came out during the cross-examination periods:

During the cross-examination of the first debate on Mark 16:9-20 (the Traditional Ending of Mark or TE) (begin listening at c. the 1:25:25 mark), I asked my opponent if he believed the author of the TE was orthodox in his theology. To my surprise JW said that he did not believe the author of the TE was orthodox in theology. I then asked if he believed the TE, if spurious and not original, could be rightly described as a “corruption.” I asked this knowing that this was the way White had described the TE in writing [see his KJVO Controversy, Revised Edition, 2009: “some parallel corruption took place, drawing from oral stories and the other gospels to create the longer ending” (320)]. I had expected JW might say the author of the TE was orthodox but that the TE was still a corruption, thus conforming to Bart Ehrman’s theories of the NT being rife with “orthodox corruptions.” JW’s answer, however, went even further than Ehrman suggesting that the TE of Mark is an “unorthodox corruption”!

I tried then to point out that this would mean that most Christians, throughout the longest period of church history, up to the present day, have had a Bible that is filled with an “unorthodox corruption.” This text has appeared in all our Protestant Bible translations since the Reformation. It has been preached from countless pulpits. It was used as a prooftext for our Protestant confessions (see, e.g, WCF 28:4 which cites Mark 16:15-16 as a proof, as well as Acts 8:37-38!).

Such a view destroys not only any understanding of the integrity of Mark’s Gospel but the entire doctrine of providential preservation! We might have expected such a statement from a unbelieving liberal, but from an evangelical apologist?

In the cross-examination during the second debate (begin listening at c. the 1:05:00 mark), I asked JW something like the following: “Yesterday you noted that if there were papyri discovered which contained the TE of Mark, then you would embrace it. I assume that the same would apply with Ephesians 3:9. Does this mean that you are ultimately not completely sure about whether or not it is right to reject the authenticity of the TR of this passage?” He agreed he would be willing to shift his view on these texts given proper evidence.

I then asked him, “Does this also mean that every verse in the Bible is up for grabs, at least theoretically? Is there any text in the NT about which you have 100% certainty?” After a good bit of tap-dancing around the question, JW was never able to name any specific passage about which he might have confident certainty. Not John 3:16, not Paul’s summary of the gospel as preached at Corinth (1 Corinthians 15:3-5), not the Gospel passion narratives, not even “Jesus wept” (John 11:35).

This was stunning! During and after the debate White accused those of us who hold to the TR of exhibiting “extreme skepticism” with regard to our pessimism as to the prospect that the modern critical method will ever be able to reconstruct the text. Does he realize, however, that his method has left him with a Bible about which he has absolutely no confidence or certainty? Now that is extreme skepticism.