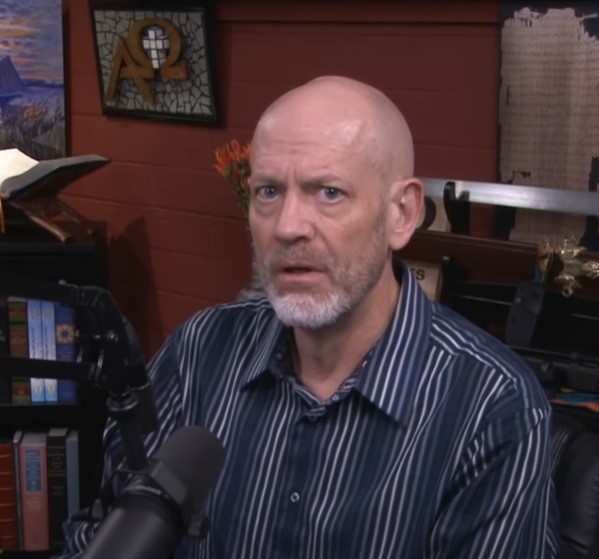 I have posted WM 171. Listen above or view this video.

Here are some notes:

First, some background on recent discussions concerning an online debate with JW:

Back on Saturday July 18, 2020 I got a text from Samuel Nesan of Explain Apologetics asking me if I would like to be a participant in a 2 on 2 debate regarding the text of Scripture in which I would represent the TR position.

I texted back that I’d be happy to discuss this as a possibility and we ended up talking on the phone on Monday July 20. In that conversation, Samuel asked me what topics I would be interested in discussing. I suggested that rather than a general discussion on the modern critical text versus the traditional text, that we choose a particular passage to discuss. The passage I suggested was the traditional ending of Mark: Mark 16:9-20, since it is accepted as genuine and inspired by those who embrace the TR but generally classified as secondary and even spurious by those whom embrace the modern critical text. Also in that conversation, Samuel said he was planning to contact JW about taking part, as well as Stephen Boyce. I suggested Pastor Dane Jöhannsson as partner in the debate.

The next afternoon, Tuesday, July 21, I got a text back from Samuel saying he had talked to JW who had indicated his preference for a 1 on 1 debate, rather than a 2 on 2 debate. He also reported that rather than the traditional ending of Mark, JW wanted to debate either the CJ or Ephesians 3:9.

Later that day I sent the following email to Samuel:

I am open to doing the debate one on one with JW.

I also think it would be best to focus on one singular text.

For this type of discussion, I think it would make more sense to focus on a passage that is more typical of the differences between the texts (modern critical and TR) and that deals with a more substantial number of verses. Since the ending of the Mark is one of the two most significantly contested texts in the NT (along with the PA, John 7:53--8:11), I suggest we make it the focus.

I also think it would make sense to have a very clear thesis statement, which one person would affirm and the other deny.

Would White be willing to defend the following thesis: "RESOLVED: Mark 16:9-20 is uninspired and spurious and should not be considered part of the Word of God."?

If White declines the opportunity for a one of one debate with me on the ending of Mark, Dane is still willing to join with me for a two on two debate with Stephen Boyce and another participant.

On Thursday, July 23, Samuel called me again to say that JW had stated his refusal to debate the ending of Mark. I then told Samuel that if JW did not want to defend the modern text of Mark 16:9-20, I would also be willing to debate the PA or Luke 23:34, but that I would not prefer a discussion of 1 John 5:7 for fear that Muslim apologists, like Muslim by Choice, would immediately post excerpts of JW’s presentation to further their attacks on the integrity of that text and the doctrine of the Trinity, as they have done in the past with previous JW presentations.

On Monday, July 27 I received a text from Samuel that read as follows:

JW …. said that your position is a theological position and not based on the manuscript evidence. He feels you should be able to debate any variant as it would challenge your position.”

Samuel added, “I just don’t see the debate with JW working out.” He therefore suggested that we move on from discussions with JW and go back to original idea of the 2 on 2 format and try to make arrangements with Stephen Boyce to debate either the ending of Mark or the PA.

I texted back to Samuel on Tuesday morning, July 28:

Samuel, interesting response from JW. So my position is based on theology but his isn't? Sounds like he is unwilling to defend the modern text reading of either of the two major textual variants (the ending of Mark or the PA) against an able TR defender, supposedly because our view is not based on "evidence." Odd. About two years ago we were both approached by a church to have a debate on text. As in this case, I accepted, and he declined. His excuse then was that the venue location was too obscure (he would have to take a "puddle jumper", as he put it, to get there) and there was not adequate interest in the topic. This, despite the fact, that the location was a major metro area (Roanoke) in Virginia and there is obviously interest. A few weeks later he tried to invite himself to a TR conference being held in Atlanta claiming we would not debate him. Very odd.

I also told Samuel that I would still be willing to do a 2 on 2 debate (as he had originally suggested) with Stephen Boyce, since JW was unwilling to debate me.

A thought came to me today before closing the door on JW. What about two separate debates? The first on Mark 16:9-20. The second on a text in the TR not supported by the majority. Acts 8:37 perhaps. I might even entertain Rev 16:5.

Samuel relayed my message to JW and responded later in the day with this note:

I informed James and he just replied that he would be addressing this on the Dividing Line today…. We will keep you posted on his actual response whether he would accept or not….

My first thought on receiving this news: Why is JW sharing this on the DL when we are in the midst of a three-way conversation about trying to get this event set up? Is he trying to find some reason to justify not having to define or defend his position on the ending of Mark? Or, Is he trying to provide some cover for his unwillingness to participate in this debate?

Late Tuesday evening, I then received a text from Samuel:

Dr. White sent this via email:

"Well, I'd like to invite him to listen to my comments and explain why he would want to address texts that do not define his position rather than the ones that do?  If we did the longer ending of Mark, for example, the fact that it appears in the majority of texts is not relevant to TR Onlyism because that position rejects the majority reading in Ephesians 3:9, etc. Only my position really has anything to say to the issue, because the actual textual data is just not relevant.  So why not use the texts that actually highlight the real issue?"

Second, some responses/observations on JW's refusal to debate Mark 16:9-20:

First, I find it strange that JW broke off the conversation with me and Samuel and decided to take his case to his DL audience.

Third, I found his reasoning against debating Mark 16:9-20 unconvincing. It is one of the two most significant variants in the NT!

Fourth, JW continues to show that he does not really understand the TR (Confessional Text position).

Fifth, Mark 16:9-20 is clearly an appropriate text for debate.

Sixth, the ending of Mark is one of the few texts upon which JW has produced some written analysis. See Part II of his revised the King James Only Controversy (2009): 316-320.

Seventh, it is clear that JW would prefer to debate passages from the TR with minority support, since he perceives this would give him an advantage.

As things now stand, I continue to offer to JW the opportunity to debate Mark 16:9-20 as one of the two most significant variants in the entire NT. It provides a clear difference between the modern and the traditional text.

Would White be willing to defend the following thesis: "RESOLVED: Mark 16:9-20 is uninspired and spurious and should not be considered part of the Word of God."?

Since JW is not willing to debate me on this topic, I will also suggest to Samuel Nesan that he invite Stephen Boyce to take up this discussion with me.

Dr. Riddle and Dr. White, I hope a charitable and muscular debate, with the chief aim being the advance of the gospel + the edification of the Church, can happen between two blood-bought men who love God's infallible and inerrant Word.

Brothers, comments to you both below...

(b) 1 John 5:7 is long a favorite attack point of the Critical Text school proponents. Admittedly, it's likely the most challenging passage to defend from a TR position, even though its tenacity and historic reception is broad and solid in the Church through the centuries, as also with many scholars + godly men innumerable (and didn't Beza have at least 1 John 5:7 MS on hand at the time, even though it is no longer extant to us?). Sounds like Providence at work.

(c) Your reason for suggesting not to debate 1 John 5:7 in a public forum is wise, for the sake of the gospel. Indeed, much evidence of Muslim apologists taking "Critical Text school" material (not TR) and using it to undermine Muslim converts to Christianity, is both sad and a terrible step backwards. I guess it will be said you could air the TR position in a debate on the Comma and hope that some Muslim friends will listen in. True enough; however, opponents to God's Word will only cherry pick out the CT material because that's what helps fuel their apologetic, not the TR (just ask Pooyan Mehrshahi, a Pastor and evangelist to Muslims who comes across this often as I understand).

(a) It seems uncharacteristic that you would consider walking away from a textual debate challenge over just 1 text (i.e. 1 John 5:7) when called off the table. Sure it's one of the big 3 or 4, but would you not agree it's still an otherwise full debate table proposed?

(b) Could you not simply posit the same arguments from 1 John 5:7 into other texts you likewise question or deny as being Scripture?

(c) Thanks for your work in other theological areas that are a help to many!

"“Heaven is My throne, And earth is My footstool... For all those things My hand has made, And all those things exist,” Says the Lord. “But on this one will I look: On him who is poor and of a contrite spirit, And who trembles at My word." Isaiah 66:1-2

From the pew and listening in...

If one is not comfortable with defending a particular reading in a public debate, it's probably for one of two reasons. 1. The reading in question is weakly attested. 2. The respective participant has not fully made up their mind on the point.

Either way, this comes across as the pot calling the kettle black. (Since both sides have refused to debate specific Textual variants.)


I can help clear this all up in about two seconds:


P.S. Snapp is not a "Majority Text advocate". Sorry for the nitpick.

Thanks Bucksburg! (Wasn't that your nickname on the old TC-Lists?)

Yeah, I've always leaned towards the longer reading too, but there's an unfortunate lack of early Gk. MSS evidence on it's side. The testimony of the early Church Father's are plainly it's strongest allies.