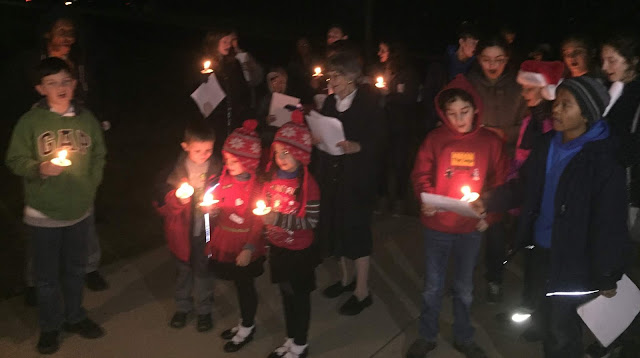 As Metzger rightly observes in his Textual Commentary, the difference between the KJV and modern renderings of Luke 2:14 “is not merely a matter of exegesis of the meaning of the Greek, but is first of all one of text criticism” [This and quotes from that follow from Metzger, 111.].

First: The following mss. and versions are listed in support of the modern critical reading in the NA28:


In addition, the NA 28 also highlights the Latin tradition here:

Second: The following mss. and versions are listed in support of the traditional reading in the NA 28:

Metzger suggests that “the genitive case” is “the more difficult reading” “supported by the oldest representatives of the Alexandrian and the Western groups of witnesses.” He further explains, “The rise of the nominative reading can be explained either as an amelioration of the sense or as a paleographical oversight,” adding that the difference is altered “only by the presence of the smallest possible lunar sigma, little more than a point.”

What Metzger fails to acknowledge is that contrary conjectures seem just as plausible. Namely, the nominative might be original, while the genitive reading came about as the result of “an amelioration of the sense” or by “paleographical oversight.”

The traditional reading clearly takes eudokia as referring to the divine good will. It expresses a call for both peace and divine good will on earth, alongside glory to God in heaven, at the birth of Christ.

The modern translations based on the modern critical text’s genitive reading (eudokias) seem uniformly to assume that “good will” here also refers to the divine good will, and that it is particularly applied to men who are among the elect of God.

Here are a few modern renderings:

Metzger cites the RC scholar J. A. Fitzmyer in arguing, “The point seems to be, not that that divine peace can be bestowed only where human good will is already present, but that at the birth of the Saviour God’s peace rests on those whom he has chosen in accord with his good pleasure.”

Metzger further notes that before the Dead Sea scroll discoveries the phrase “men of [God’s] good pleasure” was considered “an unusual, if not impossible, expression in Hebrew.” The discovery of several Qumran hymns in the DSS which seem to have a similar phrase, however, has buttressed the argument in favor of the Semitic background for this phrasing.

Overall, we can observe that this slight textual difference raises important theological questions about election.

First, does the traditional reading reflect a more universalistic viewpoint: “good will toward (all) men (without exception).”? Not necessarily. The “men [anthrōpoi]” here could be a reference to the benefits that generally come to humanity through the incarnation (cf. John 1:9 which describes Christ “as the true Light, which lighteth every man that cometh into the world.”) or it could refer to the universal scope of electing grace, in that it encompasses all kinds of men: Jews and Gentile, male and female, slave and free.

Second, can the modern reading be taken as referring to human “good will” rather than divine? In this case the modern reading would be affirming that God’s peace rests only upon those persons who have “good will.” It would be, then, a “conditional peace.” Though no popular translation takes this stance, John T. Carroll, in his 2012 Luke commentary, notes that the phrase “could also be rendered ‘among people of good will’; the gift of peace would then come to human beings who order their lives in a way that welcomes it” (70). David Bentley Hart’s individual translation (2017) likewise renders the phrase: “among men of good will.”

The external evidence for the modern critical reading does not seem to be particularly strong. It appears in only five Greek uncial mss., though some of these are very early, dating to the fourth century. There is no supporting papyri evidence. It also does not have strong support from the early versions, other than the Old Latin.

The traditional reading, though not in the earliest uncials, does have some uncial support and became the dominant Majority reading in the minuscules and versions. Early correctors amended Sinaiticus and Vaticanus to conform.

A plausible argument can be made on internal grounds for the originality of the traditional reading (see above). The modern critical reading opens the door for an interpretation (though not one reflected in the current popular modern English translations) that would reflect a conditional view of election (i.e., “toward men of good will”) that could be theologically questionable.

In the end (and, no doubt, to no surprise of my regular readers), I think it is safest to continue to affirm the traditional reading.

Luke 2.24 is one of the most interesting variant to study this month. One year ago I wrote about these variants in a personal blog that deals with the subject of biblical manuscriptology (https://scriptumestblog.wordpress.com/2017/12/27/textos-natalinosii-a-variante-de-lucas-214/).

May God bless deeply you, your family and your ministry in Emanuel's holy love, Jeff!