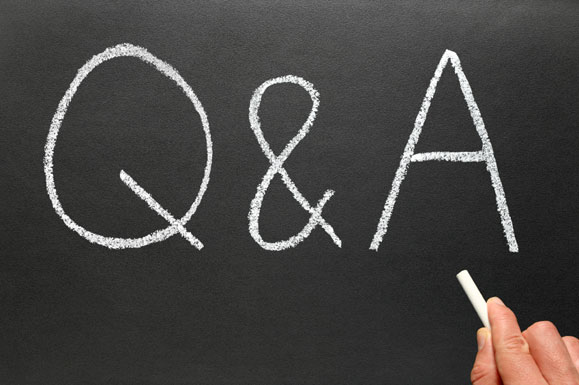 I recorded it on Saturday evening (12.30.18) but just got around to uploading it this morning. In this episode, I respond to recent questions on text topics received by text and email.

Of how much use would a fresh translation into English of the TR with explanatory footnotes or alternative translations, as well as grammar and syntax explanations, designed for the use of ministers who hold to the confessional text position (particularly those who struggle with Greek) to use in sermon preparation be? Would this be a worthwhile endeavor? It would not be meant for a translation to use in public preaching and teaching or to replace existing translations but to compliment them and shed extra light on them.

On a new TR translation I’d be hesitant. We already have modern translations generally following the traditional text like the NKJV and MEV. These seems sufficient.

I’m not sure we could or would want to limit a translation to the use of ministers. For teaching elders, they need to be encouraged to study and learn the Biblical languages to use in their pulpit and lectern ministries.

I need some help from someone who is more knowledgeable than I on textual matters. I listened to several of your Word Magazines after I corresponded with you some time ago, and I appreciate your scholarly work. Some questions have come up (from one whose ear James White has) that I hardly know how to answer. I will paste three paragraphs from recent emails (see below)….

If you have any insight, it would be greatly appreciated. If there is source material to which you can point, that would be fine. I know you are busy, so I am not asking for a lengthy answer. Thanks for your help.

My response: On the three paragraphs:

There are more than 30 TR's. None of them exactly follow any Greek manuscript perfectly. They were all eclectically put together by incorporating variant readings from different places. So for you to hold that any of them are the exact Word of God requires you to say that whoever did the compiling of that particular one did a perfect job. The Stephanus 1550 TR deviates from the "majority reading" (aka the "Byzantine text") a full 1,838 times. So you have to have 100% confidence that every single one of those times, the people compiling the TR made the right decision.

Response: Yes, the TR is an eclectic text (as is the modern critical text). Are you opposed to "reasoned eclecticism"? If so, you not only reject the TR but the modern critical text also. Yes, this means the TR is not based on any single NT ms. I know of no current printed Greek text which does this. The closest is W. Pickering's printing of a text based on Family 35 mss. Yes, the TR deviates from the "Byzantine." We do not believe that the Byzantine/Majority is the authentic text. Yes, I trust that God was providentially at work during the Reformation era and the technological revolution of the printing press to preserve his word (see WCF/2LBCF-1689, chapter one, paragraph 8). I feel much more confident trusting men of this era (Stephanus, Calvin, Beza, etc.) and their judgments than I do the editorial decisions of modern editors. Allow me to turn the question around: If you accept the modern critical text (like the NA28) does this mean that you have 100% confidence that they are right? So, you are absolutely sure they are right on Mark 16:9-20; John 7:53--8:11, 2 Peter 3:10, etc.?

No edition of the Greek New Testament agreeing precisely with the text followed by the KJV translators was in existence until 1881 when F. H. A. Scrivener produced such an edition (though even it differs from the King James Version in a very few places, e.g. Acts 19:20). It is Scrivener's 1881 text which was reprinted by the Trinitarian Bible Society in 1976. This text does not conform exactly to any of the historic texts dating from the Reformation period and known collectively as the textus receptus.

Response: Though they are related, we need to distinguish between the development of the printed editions of the TR and the KJV translation. I am not defending KJV-Onlyism but preference for the TR as a standard Greek text for the NT. For example, the KJV was done in 1611 but the Elzevir printing of the TR whose blurb coined the term "TR" did not appear till 1633. Scholars are still unclear as to all the sources to which the KJV translators had access. The Scrivener edition preface explains that it "follows the text of Beza's 1598 edition as the primary authority." You cite Acts 19:20 where Scrivener reads ho logos tou kuriou (literally: "the word of the Lord") but the KJV reads, "the word of God." There are two possibilities; First, the KJV translators had a ms. that read ho logos tou theou  and followed it (and Scrivener overlooked this). Second, the KJV translators took the liberty of translating kurios here as "God" (and Scrivener assumed this). In the KJV preface the translators explain that they do not always render the same original word with the same English word but variety is applied. It is one of the hallmarks of the KJV as a translation.

Do we have a full Greek New Testament that we have 100% confidence is the exact Word of God to the last jot and tittle? If so, which of the 30+ TR versions is it, and why that one?

Response: I agree we could use a "critical edition" of the TR. For now, I see no problem with Scrivener's which is the most widely available printed edition on the contemporary market, especially if one preaches from the Geneva, KJV, NKJV, or MEV. Let's not exaggerate the differences between the printed editions of the TR. They all include Mark 16:9-20 and John 7:53-8:11 without brackets. They all include the doxology of the Lord's Prayer (Matt 6:13b). They all include the CJ (1 John 57b-8a). Etc.... I also find this objection disingenuous given that the alternative is to embrace the ever-shifting modern critical text. I might turn this around: Which modern critical text do you embrace? NA 26? NA 27? NA 28? Or are you waiting for the NA 29? NA 30? What about the Greek NT SBL Edition (2010) or the Tyndale House Greek NT (2017). Which of these do you think is the Word of God? The truth is that the modern critical method never promises to arrive at a fixed text. It assumes permanent epistemological uncertainty as to the text. This is why I prefer to TR.

I was wondering if you have ever thought about having Peter Gurry on the podcast. He is very active on Twitter and seems to love to talk about textual criticism.
(I think I saw in one Twitter thread that he might be leaning towards a TR view too.)

Thanks for you note. Sorry to be so long in getting back. I was out of town for Christmas.

I'll take your suggestion on Gurry into consideration. I've had some interactions with Peter and find him a person of good will (see here).

As I understand him, PG has some views that are somewhat encouraging (e.g., he holds Mark 16:9-20 as part of Scripture, but he does not believe it is Markan). He is also reading/studying right now the Reformation era writers on text which may be challenging some of his modern critical assumptions, but unless he has undergone some significant recent changes of view I believe he is still a pretty hard-core modern text advocate.

PG recently put a post with a link to my review of the THGNT on the Evangelical Text Criticism blog (read here) and it was interesting to read some of the responses to it.

I saw that Covenant Baptist Seminary in Owensboro, KY is having James White teach an upcoming “January Module” on “Reliability of New Testament Documents & Textual Criticism.” I am disappointed that students in this class will be exposed to modern criticism and not the confessional text position. Are there any RB seminaries that are willing to teach the confessional text position?

Thanks for letting me know about this. Yes, interesting that JW is doing this. Most evangelical and even Reformed seminaries and Bible colleges continue to hold to the reconstructionist view of modern text criticism, so, in some ways, this choice is not surprising. JW is well known and will likely attract students to enroll.

I think the confessional text view is actually beginning to appear on the radar screen for some in this field but, unfortunately, I would not count of JW, from what I’ve heard so far, to be relied upon properly to understand or fairly represent it.