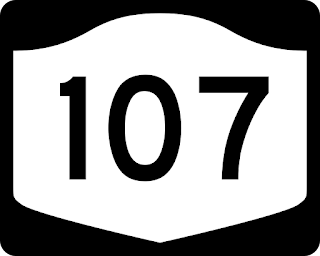 The second part of this episode is a text note on John 14:15. For details on content you can look at this blog post.

In the first part, I respond to some recent questions, including one about the differences between the Majority Text and the TR. Here are my notes on those questions:

After the last WM, I received a couple of questions from listeners:

Question one: On the TR and the Majority Text:


Would you please consider doing a podcast which explains the differences between the traditional text and the newer majority text view? In particular the texts by Robison-Pierpont and Farnstad-Hodges. I am not a scholar, and my rudimentary understanding is that the majority text position is one which tries to advocate for a text which was providentially preserved, and that in most cases it supports the received text, with a few exceptions, most notably the book of Revelation.


If you could do a podcast about this issue it would be greatly appreciated.

Response: I have addressed this topic in several past episodes of WM but will consider addressing it in greater depths in a future episode. For now, we can say that the Majority and TR are very close to one another, but they also differ from one another and not just in the book of Revelation.

The most common difference is that the TR includes a verse or part of a verse that the Majority Text excludes. Examples:

But there are also cases where the Majority includes material not appearing in the TR. Example:

Majority: “with all the saints”

And cases where words are placed in a different order. Example:

TR: “the beginning and the end, the first and the last”

Majority: “the first and the last, the beginning and the end”

In other cases, the Majority text has a different arrangement of verses than in the TR. See:

In still others, the Majority text provides a different reading. Examples:

Majority: “the One who is and who was, the holy One” (Pickering)

To trace differences between the TR, Majority text, and modern critical text, I suggest flowing the textual notes in the NKJV.

Pastor Jeff, Do you know if there will ever be a Reformed Baptist TR Study Bible. Maybe you and your Keach Conference Pastor friends could do it.

Response: Sounds like a great idea, but I’m not sure what the market would be for this. If funding/opportunity allowed, I’d be glad to work on it.