Poh Boon Sing on the 500th Anniversary of the Reformation 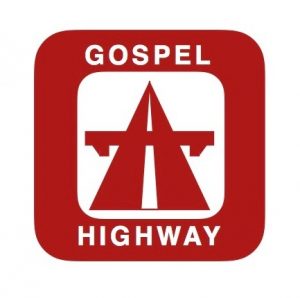 Pastor Poh Boon Sing has posted an insightful article on the Gospel Highway website, marking the 500th anniversary of the Reformation, celebrated by many this week. Here's the opening to the article and a link to the whole (below):

It is safe to claim that the Reformation of the 16th century in Europe has impacted the world, directly and indirectly, for good. This year marks the 500th anniversary of the start of the Reformation. How should it be rightly celebrated?
I. What was the Reformation?
On 31 October 1517 Martin Luther nailed his “Ninety-Five Theses” to the door of the Castle Church in Wittenberg, Germany. The event sparked of a spiritual movement that spontaneously spread across the nations, and continues to reverberate down the centuries. The Reformation was a work of the Holy Spirit, a true revival, and the mother of all subsequent revivals. Luther was the instrument used by God to start off the Reformation. He was a Roman Catholic monk and theologian who had been much exercised over the superstitious beliefs and practices propagated by the Roman Catholic Church.

The Ninety-Five Theses consisted of propositions of biblical truths, contrasted with the false teaching of the Roman Catholic Church, that were put to the public for debate. It began with the claim that repentance from sin, shown by a changed life, is essential to the Christian life. The Pope has no power to save. The buying of indulgences — i.e. certificates pronouncing remission of sins — from the church cannot give salvation. The Ninety-Five Theses ends by urging Christians to follow Christ, whose death on the cross alone saves. Although the Ninety-Five Theses does not explicitly mention “justification by faith”, this doctrine lies at the base of Luther’s experience of salvation and was the spur to his action on that fateful day.
The fire of Reformation burned in the hearts of the people who discovered salvation by grace, through faith, in Christ, alone. The teaching of Martin Luther spread throughout Europe. Luther, now excommunicated by the Roman Catholic Church, founded his own congregations. Other men were raised up by God to strengthen the cause of the Reformation. John Calvin escaped France and settled in Geneva to preach there. His “Institutes of the Christian Religion” helped to consolidate the teaching of the Reformation. Other notable Reformers included William Farel, Martin Bucer, Philipp Melanchthon, and Heinrich Bullinger. John Knox brought the Reformation to Scotland. From the 16th century, a band of preachers arose in Britain who preached the truths of the Reformation. They have been called the Puritans — also dubbed the second-generation Reformers. Various Congregational, Presbyterian, Reformed Baptist, and Reformed churches of today would own the Reformers as their spiritual forefathers, and the Reformation as their historical root.
To continue reading the full entire article look here.

Update: With Pastor Poh's permission I also recorded an audio version of the article to sermonaudio.com. You can listen to it here. I also uploaded a pdf of the article. You can read it here.
Posted by Jeffrey T. Riddle at 8:41 AM