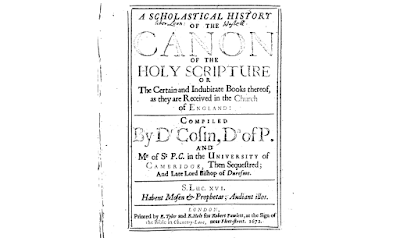 In Robert Haldane’s The Books of the Old and New Testaments Proven to be Canonical (1830), he discusses the threefold division of the Hebrew Bible, noting that it traditionally ended with the Chronicles.

Which last Book of the Chronicles, containing the sum of all their former histories, and reaching from the creation of the world to their return from Babylon, is a perfect epitome of all the Old Testament, and therefore not unfitly so placed by them, as it concluded and closed up their whole BIBLE.

It is indeed noteworthy that 1 Chronicles begins with reference to the line of Adam (1 Chronicles 1:1) and ends with the edict of Cyrus, resulting in the restoration (2 Chronicles 36:22-23). It is an epitome of the entire OT.

Why then, in the Christian ordering of the OT does Malachi appear last and not 1-2 Chronicles? Perhaps this stems from a tradition that held Malachi to be last of the prophets. Certainly the ending of Malachi (4:5-6) with its reference to the sending of Elijah “before the coming of the great and dreadful day of the LORD” made sense as the perfect segue to Matthew’s account of Christ and John as his Elijah-like forerunner (see Matthew chapters 1-3 and especially Matt 11:14; contrast, however, John 1:21). So Chronicles was the fitting ending for the Hebrew Bible but Malachi for the Christian OT.