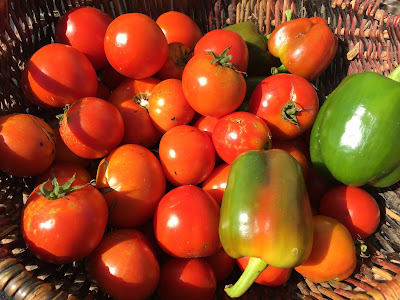 Notice the words of the Samaritan woman to her fellow citizens. I see in this a model strategy for introducing Jesus to those who do not know him. It is the ministry of invitation. What does a believer say when he speaks to unsaved friends, family members and relatives about Christ? Come see a man who knows me through and through. Notice that this is an invitation not an argument. We can’t make anyone come to Christ, but we can invite everyone to consider Christ. Jesus told John’s disciples “Come and see” (John 1:39). Philip told Nathanael: “Come and see” (John 1:46).

Notice that the woman’s invitation is joined with a question: Is this not the Christ? This, again, is not an argument. It is a suggestion to consider who Jesus is. Jesus himself used this question with his own disciples at Caesarea Philippi, “But whom say ye that I am?” (Mark 8:29). Evangelism is often best expressed simply by inviting unbelievers to come into Christ’s presence and to consider who he is.

We are later told in v. 39: “And many of the Samaritans of that city believed in him for the saying if the woman, which testified, He told me all that I ever did.”  We often talk about witnessing and giving a testimony. Here is a Biblical proof for both those terms. She did not preach a sermon. She gave a witness or a testimony in her own words to her experience of Christ. She was not an apostle. Calvin notes that she did not assume the office of a teacher but did “the office of a trumpet or bell to invite others to come to Christ.”

Imagine if you had an illness of some kind. Perhaps you had suffered with that illness for a long time, till one day you came across a cure or treatment that healed your sickness and took away your suffering. And imagine if you had friends and family members who also suffered under the same illness. Would you not tell them about the relief you had found? Would you not direct them to go to the place where you found your medicine? Or, would you sit there dumb? Would you rationalize: “They probably don’t really want to hear about this.”? What an act of cruelty that would be if you remained silent!

Now, let us consider the example of this women and be bold in pursuit of a ministry of invitation.

Grace and peace, Pastor Jeff Riddle
Posted by Jeffrey T. Riddle at 8:01 AM

She had an advantage. She had The Man, Himself, right there where he could be met in 3D, spoken with, and healing miracles would be performed.

MJ, thanks for the comment. In the sermon I raised that very question. How do we invite people to meet the Lord Jesus Christ now? I pointed to Ephesians 4:20-21 wherein Paul tells the Ephesians that they have learned from and heard Christ? How and when had they done this? They had not known Jesus before his ascension. They had met Jesus in the gathered church and heard him in the preaching and teaching of the Scriptures by the officers as the representatives of Christ (cf. 1 Cor 14:23-25).