Comparison Facts on the Synoptic Gospels 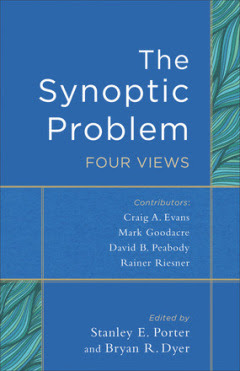 I am less inclined to see any direct literary relationship among the Synoptic Gospels (independent development view).

Here, however, are some Synoptic Gospel comparison facts from the introductory chapter by the editors (from pp. 6-8):

90 percent of Mark is shared with either Matthew or Luke or both.

Nearly all of that 90 percent of Mark is found in Matthew.

About 50 percent of Mark is found in Luke.

Mark can be divided into 88 pericopes. Of those, only 5 do not appear in either Matthew or Luke.

As for that final point, on there being only five pericopes, in Craig A. Evans' chapter in this work, he lists eleven distinct passages in Mark (p. 35). Here is my summary of those: