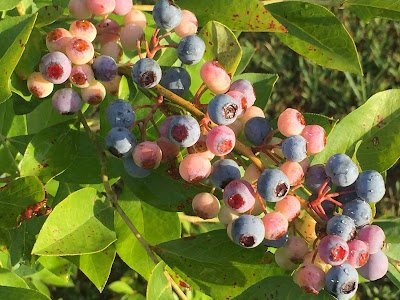 Jesus answered and said unto them, Destroy this temple, and in three days I will raise it up (John 2:19).

John the apostle explains in v. 21 that Jesus was not speaking of the physical temple in Jerusalem but of his body, when he had declared, “Destroy this temple, and in three days I will raise it up.” (v. 19). This is both a passion prediction and a resurrection prediction.

The idea of the body being a temple is a metaphor Paul will use:

1 Corinthians 6:19 What? know ye not that your body is the temple of the Holy Ghost which is in you, which ye have of God, and ye are not your own?

This passage reminds us again of the centrality of the cross and resurrection. It is still a scandal and a stumbling block much misunderstood by worldlings. It has been that way from the beginning.

After charging that Christianity only spread among the vulgar and weak-minded, disparagingly noting that the new religion appealed “to slaves, women, and little children” (p. 73), Celsus takes most exception to the Gospel presentation of Jesus. He contemptuously asks,

Would “the son of the Most High God—be betrayed by the very men who had been taught by him and shared everything with him? (pp. 61-62).

From the beginning unbelievers have not understood Jesus. But there are those who look back and remember and read the scriptures and ponder his words and see Jesus as their temple (v. 22). His body was torn down but in three days it was raised.

The apostle Paul, under divine inspiration, would later take the image of Christ’s body as a metaphor for the church:

1 Corinthians 12:27 Now ye are the body of Christ, and members in particular.

Ephesians 2:20  And are built upon the foundation of the apostles and prophets, Jesus Christ himself being the chief corner stone; 21  In whom all the building fitly framed together groweth unto an holy temple in the Lord: 22  In whom ye also are builded together for an habitation of God through the Spirit.

Thus, Christ’s words here are not only a passion prediction, and a resurrection predication, but also a church prediction!


Grace and peace, Pastor Jeff Riddle
Posted by Jeffrey T. Riddle at 11:16 AM

How common was it to see a wealthy, upper class or royal Christian during Celsus's lifetime? Probably uncommon, hence his statement about appealing to common people and slaves. Lucky for me I'm a common person, I guess.

In my sermon on Nicodemus in John 3 last Sunday I noted that Celsus' charge here might have been misguided. Nicodemus and Joseph of Arimathea were members of the Jewish counsel and yet were 'secret disciples." In 1 Cor 1:26 Paul says that not many of those in the church at Corinth were "mighty" or "noble" when called, but this implies that some were. So, for the beginning the gospel has broad appeal to all kinds of men.