Eastern Orthodoxy, the Enlightenment, and the Text of Scripture 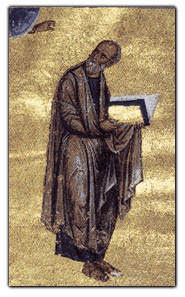 I finally finished reading Robert Letham’s Through Western Eyes, his study of Eastern Orthodoxy from a Reformed perspective. One of the points Letham makes in his analysis concerns the different cultural and historical context in which Orthodoxy developed, as compared to the Western church. He notes, “the East had no Middle Ages, no Reformation, no Enlightenment” (p. 137).

Among other things, this has had a significant impact on the intellectual approach to the Bible and to “critical theological study” in Orthodoxy. So Letham observes:

Firstly, much Western theology and Biblical study in the past three hundred years has come out of the worldview and methodology of the Enlightenment, with its inbuilt aversion to authority, including the authority of God. The Eastern church, in contrast, has not had to contend with the Enlightenment. Flowing from this, secondly, Western critical Biblical study has been pursued mainly in an academic environment detached from the church, with the Bible considered as simply another book. The Eastern church, however, places theology (correctly, in my judgment) in the context of the church, the believing community, since the Bible was given to the church in the first place (p. 179).

He later adds, “in the West, since the Enlightenment the theological enterprise has generally been hived off to academic institutions with no connection to the church” (p. 276).

Though Letham does not address the divide between East and West on the text of the Bible, this contextual distinction likely explains why in Eastern Orthodoxy the modern-critical text  of the NT has made little headway. Rather than the academic, “Enlightenment” text, the Eastern churches have preferred the TR (NB: and not even the Majority Text!) [BTW, the OT is another story altogether, as the East follows the LXX rather the traditional Hebrew text, though this too reflects immunity to Enlightenment influences].

Can Reformed evangelicals get outside our circumstances to perceive the Enlightenment influence on the text of Scripture?

Not likely, if I understand this missive and human nature correctly. Most people who are in positions of authority read the Scriptures with a preconceived notion of the meaning. They're looking for support for their understanding, and are reluctant to read Scripture with an open mind.

Question: How would the TR of Eastern Orthodoxy differ from what Maurice Robinson calls the Byzantine Text?

In general, I'm having difficulty understanding precisely what TR Preferencialists mean when they refer too the TR. Some seem to refer to it as a specific fixed critical text (i.e., Scrivener's Textus Receptus). At other times, it seems to refer to a broader textual tradition or text stream.

Thanks for the comment MJ. That's a pretty pessimistic view of human nature you express there. Sounds downright Pauline/Augustinian/Calvinistic....

Thanks for the comment Noah. The TR is the Greek NT text represented in the printed editions of the Reformation era, which became the basis for the Protestant vernacular translations. It consists of a line leading through Erasmus (2nd ed.), Stephanus, and Beza (Greek texts). Among English translations, it is reflected in Tyndale, Geneva, and KJV. It is NOT identical with the Byzantine or Majority text.

So, think of three options: Majority Text (or Byzantine), TR, and modern-critical text.

The point here is that in Eastern Orthodoxy we essentially have the remnant of the Greek-speaking church that was not wiped out by the rise of Islam, but the NT text they prefer is not the Majority Text but the TR. I suggest this is so, in part, because the Eastern church did not experience the Enlightenment fueled push to "reconstruct" the traditional text that took place in the West.