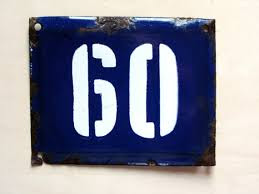 Today I posted and recorded Word Magazine # 60:  Review: A Sermon on Mark's Ending.Part One:  Preliminary Issues.

This episode begins a review of a 2012 sermon by Pastor Carey Hardy of Twin City BC in Winston-Salem, NC titled "The Added Ending" (listen to the entire sermon here).

In this message Pastor Hardy rejects the authenticity of the traditional ending of Mark:  Mark 16:9-20.

In this episode I respond to some of the preliminary issues related to text criticism covered by Pastor Hardy.  In general, I point out how the sermon assumes and embraces the modern text critical canons of reasoned eclecticticism, and I offer some challenges to these assumptions.  Among the issues covered:


Regarding the "shorter reading" argument, I make reference to Maurice Robinson's principles for internal evidence in his article, "The Case for Byzantine Priority" in which he disputes the assumed preeminence of the shorter reading.  He writes:

Neither the shorter nor longer reading is to be preferred. The reasoned eclectic principle here omitted is the familiar lectio brevior potior, or giving preference to the shorter reading, assuming all other matters to be equal--a principle which has come under fire even from modern eclectics. Not only can its legitimacy be called into question, but its rejection as a working principle can readily be justified. The net effect of such a principle is to produce an a priori bias on insufficient internal grounds which favors the shorter Alexandrian text. The underlying premise is faulty: it assumes that scribes have a constant tendency to expand the text, whether in regard to sacred names, or by a conflationary combination of disparate narratives, lest anything original be lost. Yet scribal habits as exemplified in the extant data simply do not support such a hypothesis. Had the later scribes done according to all that has been claimed for them, the resultant Byzantine Textform would be far longer than that currently found: divine titles would be extensively expanded, parallel passages would be in greater harmony, and a universally-conflated text would dominate. Such simply is not the case.

Hardy closes the opening of the sermon by setting out two basic positions:

He concludes by supporting position number two:  Mark did not write Mark 16:9-20.  This is a striking statement.  If true it means that Christians have accepted a spurious reading in their Bibles for the majority of their history. This spurious reading still appears in most Bibles today.

Though I appreciate the fact that Pastor Hardy has forthrightly addressed this issue in this sermon, I respectfully disagree with him.  I do not believe that this conclusion is warranted.  On the contrary, I believe that Mark 16:9-20 is a legitimate part of the authentic and genuine Word of God.