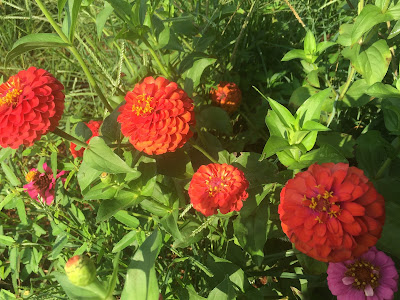 Note:  Devotion taken from the introduction to last Sunday morning’s sermon on Hebrews 12:12-17.

That in itself is striking.  We live in a world where few are willing to do as Paul did.

Maybe you’ve noticed this with modern physicians.  “Well,” they might say, “You could have the surgery or you could treat it with drugs or you could just learn to live with it.”  “But doctor, what do you think I should do?” the hapless patient asks.  Fewer and fewer seem willing straightforwardly to answer this sort of question.

In modern counseling, for another example, the method now in vogue is called “non-directive” counseling. The counselor offers no judgments and gives no positive advice and no negative warning.  He simply reflects back what he has heard the client say:  “Do I hear you saying …?”  His role is only to clarify.

Paul’s letters are the opposite of this.  They are “directive.”

We do not know if Paul wrote Hebrews.  The book does not appear to be a letter.  The author himself calls it a “word of exhortation” (13:22).  But we do know that Hebrews closes with many exhortations to the readers, which include lapsed and wavering professed Jewish Christians.  It too is “directive.”  And so the inspired author exhorts:

May we heed the directives in God’s Word.

Grace and peace, Pastor Jeff Riddle
Posted by Jeffrey T. Riddle at 10:46 AM