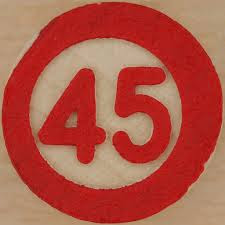 1.  Three basic camps on the text of the NT:

a.  Modern critical text advocates: The best text is the modern eclectic text.

b.  Majority text advocates:  The best text is that found in the majority of extant mss. or the Byzantine text.

c.  Textus Receptus advocates:  The best text is that which was the consensus text at the time of the Reformation and which is represented in the standard printed text produced in this era.  We can also call this the “confessional text” position.

So, if you look at a translation like the Tyndale NT, the Geneva Bible, the KJV or NKJV you find v. 37.  Cf. the KJV:

KJV Acts 8:37 And Philip said, If thou believest with all thine heart, thou mayest. And he answered and said, I believe that Jesus Christ is the Son of God.

If you look at modern translations based on the modern critical text, like the RSV, NRSV, ESV, NIV, etc., however, you will find the verse is missing, moving from v. 36 to v. 38 with v. 37 in the footnote with some comment about its presence being missing.  The ESV note, for example, begins, “Some manuscripts add all or most of verse 37….”

Exclusion of v. 37 is supported by the following Greek mss.:  p45, p74, Sinaiticus, Vaticanus, Alexandrinus, C, 33, 81, 614.  Among the versions, it is omitted in the Vulgate, the Peshitta and Harklean Syriac, the Sahidic and Bohairic Coptic, the Ethiopic.

Exclusion is supported by two papyri (p45 and p74) and by the modern critical heavyweights Sinaiticus and Vaticanus, as well as Codex Alexandrinus.  Exclusion is the Majority text reading.

In his Textual Commentary (Third Ed.), Bruce Metzger describes v. 37 as a “Western addition.”  He concludes:  “There is no reason why scribes should have omitted the material, if it had originally stood in the text” (p. 359).

He adds that Erasmus found the verse in the margin of ms. 4, from which he inserted it into the text, having “judged that it had been omitted by the carelessness of the scribes (arbitror omissum librariorum incuria)” (p. 360).

Nevertheless, the inclusion of v. 37 is found in a minority stream of the Greek NT, though the earliest ms. in which it appears is the sixth century ms. E.

Some commentators are also keen to note that even among the manuscripts which contain it, there are some variations, but this should not be overstated.  Codex E, for example includes the name “Philip” in the opening, “And Philip said to him” and adds “in the Christ” before the confession “the Son of God.”  The similarities of the verse in the manuscripts which contain it are greater than the differences.

Clearly v. 37 is very ancient and it was acknowledged as part of the text at a very early stage.

As noted above, Metzger has argued that if v. 37 is original there is no good reason for it to have been omitted.  He can, however, imagine how it might have been added.  In his Textual Commentary [emphasis added], he observes that “the formula” was “doubtless used by the early church in baptismal ceremonies, and may have been written in the margin of the copy.  Its insertion into the text seems to have been due to the feeling that Philip could not have baptized the Ethiopian without securing a confession of faith, which needed to be expressed in the narrative.”

The challenge to this view comes in the fact that it appears so early in the Church Fathers.

Can we not imagine any reasons why there might have been doctrinal controversy over this verse that might have led to its omission?  Though it was common in the nineteenth century to argue that the NT text was not affected by doctrinal controversy (see Westcott and Hort), that view began to be toppled by Walter Bauer’s Orthodoxy and Heresy in Earliest Christianity (English ed., 1971).  Bauer’s influence is seen in Bart Ehrman’s The Orthodox Corruption of Scripture:  The Effect of Early Christological Controversies on the Text of Scripture (1993).

Surely, we can see that there might have been some controversy over the Ethiopian’s declaration:  “I believe that Jesus Christ is the Son of God.”

There might also have been controversy over baptism.  This is something that J. A. Alexander noted in his 1857 commentary on Acts when he defended v. 37 as genuine and suggested it was omitted by many scribes, “as unfriendly to the practice of delaying baptism, which had become common, if not prevalent, before the end of the 3rd century” (as cited in Hills, The King James Version Defended, p. 201).

Let me add that at least one modern critic has challenged the status quo and argued for reconsideration of Acts 8:37.  Cottrel Carson, former NT Professor at Mercer University, is the author of “Acts 8:37—A Textual Reexamination” Union Seminary Quarterly Review 51:1-2 (1997):  pp. 57-78.  Again, Carson is by no means a TR advocate.  Still, among other points, he made the following observations regarding the critical text omission of Acts 8:37:

d.  He suggests that p50 (dated to the third century) might be an example of this “independent document” though, unfortunately, the fragment of the passage only contains Acts 8:26-32 (p. 67).

e.  He suggests historical reasons why v. 37 might have been omitted in the fourth century, including an attempt to remove the practice of a direct declaration (pp. 71-72) and an effort to put the focus on Cornelius  as the first Gentile convert, rather than the Ethiopian Eunuch (pp. 72-75).  These are speculative, but they provide attempts to explains how and why v. 37 might have come under suspicion.

f.  Carson concludes that “in the final analysis, there is a strong case for verse 37’s being part of a tradition earlier than that found in the fourth-century manuscripts” (p. 75).  As to the NA and UBS Greek NTs, he says “there is not sufficient evidence to justify the certainty with which these two texts reject verse 37.  At the very least, verse 37 should be moved from the textual apparatus into the text, perhaps with brackets” (p. 76).

We would go further than Carson and argue that Acts 8:37 should be acknowledged as part of the inspired text (i.e., not in the footnotes and without brackets).  Acts 8:37 was providentially included in the first and subsequent editions of Erasmus’ Novum Instrumentum.  It was then included in the Protestant printed editions of the Textus Receptus like those of Stephanus and Beza.  From this it was included in the Reformation era vernacular translations of the Bible.

Of particular significance is the fact that the framers of the great confessional statements, like the 2LBCF 1689, cited Acts 8:37 as a prooftext (see the 1689 confession, chapter 29 of Baptism, paragraph 2).  There is a confessional issue if one rejects the traditional text (MT of OT; TR of NT).

2.  Its advocates have generally not been Reformed men (Burgon was a high Anglican; Farstand and Hodges were dispensationalists; Robinson is a broad evangelical SB).

3.  It is the basis of no standard or widely used translation in any language.

4.  It is a restorationist approach which does not exist in any standard format (whether Farstad/Hodges, Robinson/Pierpont, or Wilbur Pickering's edition based on family 35).

In the end, on a practical and pastoral level, Acts 8:37 is a very significant passage, especially for Reformed Baptists.  Our NT would be severely diminished if it were absent from the text or relegated to a footnote.

Impressive stuff, Pastor Jeff. Thanks for posting this one.

Thanks for the encouragement. Hopefully, it sows some seeds of doubt in the "assured results" of the modern critical text.

I was reading Wilbur Pickering's Commentary on this passage and is very interesting to note his defense of a non-canonical view concerning Acts 8.37. For him, the ethiop's confession really occurred, but was not written by Luke, rather, as Phillip told the episode to many people, others put into the text this confession. In other words: the confession was truly factual, but was not inspired. This sounds very strange to me (it's similar to some arguments on the PA).

I particularly love this passage.

Funny you mention this. I recently got Pickering's Greek NT and his translation and noted the same thing about his comment and almost included a reference to this in my post. He assumes it is historical but not scriptural. Yes, sounds like Piper on the PA.

I share your love for this verse. As I think I say on the WM, I have turned to this verse again and again in teaching and preaching.

Jeff,
You are welcome to share with others my essay on Acts 8:37 in the files of the NT Textual Criticism group on Facebook.