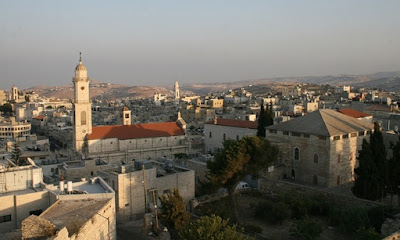 So also Christ glorified not himself to be made an high priest; but he that said unto him, Thou art my Son, to day have I begotten thee (Hebrews 5:5).

This verse speaks to the humility of Christ (cf. Phil 2:5-11).  Just as the high priests of the Old Testament did not appoint themselves to their role, but they were appointed by God, so Christ, our great high priest, was appointed to his office by God the Father.  This verse speaks to what we call “the covenant of redemption,” wherein, in ages past, the second person of the Godhead was decreed or appointed by the Father, in the divine counsels, to accomplish redemption, even as the Spirit was appointed to apply this redemption purchased by Christ.  Christ was appointed to be our high priest by God the Father.  The inspired author cinches his point by the citation of Psalm 2:7, “Thou art my Son, to day have I begotten thee.”

This is a dangerous statement in that it is easily misunderstood. False teachers have misinterpreted such statements to say that Jesus was a mere creature or that he was only adopted or promoted to Sonship through some kind of meritorious service during his earthly life.  To prove that this verse does not teach that Jesus was a mere creature we need to look back again to its citation in Hebrews 1:4-5 where we are told that Christ is greater than the angels (creatures) because his relationship to the Father is not like that between Creator and Creature, not like that between Maker and thing made, but like that between Father and Son, because they are of the same essence.  Hebrews 1:3 teaches that Jesus is the “brightness” of the Father’s glory and “the express image of his person.”  If you do not have a proper grasp of who Jesus is you cannot be a true follower of Jesus.

Christmas can be dangerous if one walks away from the manger scene thinking that Son of God only began to be at Bethlehem.  Jesus was born in Bethlehem.  The Word became flesh and dwelt among us.  But this was not the beginning of the Son of God.  Recall how John begins the story of Jesus:

From all eternity God is Father, Son, and Holy Spirit.  The Son of God was appointed to be our faithful high priest by God the Father in eternity past, and he faithfully accomplished the purpose for which he was sent.  This same sentiment is also there in one of those best loved of verses:  “For God so loved the world, that he gave his only begotten Son, that whosoever believeth in him should not perish, but have everlasting life” (John 3:16).

Grace and peace, Pastor Jeff Riddle
Posted by Jeffrey T. Riddle at 8:07 AM

Thank you for this devotion, and the clarity given here of the personhood of our King Jesus.