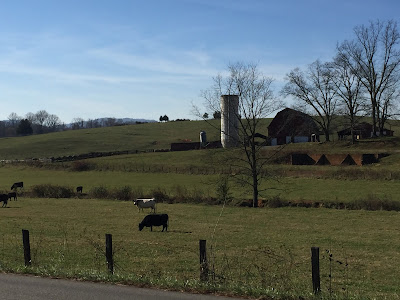 Hebrews 4:9 There remaineth therefore a rest to the people of God. 10 For he that is entered into his rest, he also hath ceased from his own works, as God did from his. 11 Let us labour therefore to enter into that rest, lest any man fall after the same example of unbelief.

“There remaineth therefore a rest to the people of God” (v. 9).  The word rendered “rest” here is not the same as that which has been previously used throughout the passage [the noun katapausis, as in Hebrews 3:11 and ff., or the verb katapauo as in 4:8].  The noun here is sabbatismos, and it means a Sabbath day or a Sabbath day’s rest.

I think it has a dual meaning here.

For one, I think it affirms that for Christians the fourth commandment has not been abrogated.  God has sovereignly decreed that the Sabbath day for believers be moved from the seventh day, the day he rested from the work of creation, to the first day, the day of Christ’s resurrection.  Yet, the sabbath remains.

Most importantly, however, I think what he is saying here is that for believers Christ himself is our spiritual rest.  He is our Sabbath Day.  He is our Promised Land.

In v. 10 the inspired author describes entering into this kind of rest in Christ as resting from “works righteousness.”  It is understanding justification by grace through faith and not by works lest any man should boast.  He who enters into God’s rest rests from his own works, just as God rested on the seventh day.  When something perfect is complete no more work needs to be done.

On one hand, God’s word tells us that salvation is, start to finish, a work of God’s grace.  We do nothing but rest in what God has done for us in Christ.

On the other hand, we have v. 11:  “Let us labour [spoudazo:  do one’s best, spare no effort, work hard] to enter into that rest, lest any man fall after the same example.”

This is the tension:  There is nothing you can do to accomplish salvation.  But those who are saved demonstrate that they are among the elect by virtue of the fact that they spare no effort to live completely and totally for Christ.

There remains a rest for God’s people.  There are at least four types of rest we might enjoy as Christians:

1.  We have an accomplished rest.  This comes to us in salvation by grace as a free gift.  It was planned from before the foundation of the world and accomplished at Calvary.

2.  We have a daily rest (and sometimes even a moment by moment rest) as we commune (have fellowship) with Christ.

3.  We have a weekly rest each Lord’s Day, as we engage in the private and public exercises of the worship of God.

4.  We have an eternal rest which we will begin to enjoy at the end of this life’s earthly pilgrimage but which will only be fully realized at the final resurrection.

There remains a rest for the people of God.

Grace and peace, Pastor Jeff Riddle
Posted by Jeffrey T. Riddle at 9:02 AM