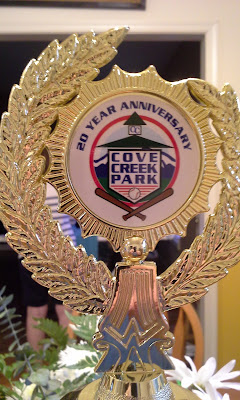 Today (June 13) was "Championship Saturday" and the closing day for the regular season at Cove Creek baseball park.  I served as head coach of my son Isaiah's "Pirates" team in the Major League (11-12 year olds) this year.  Though we finished the regular season in third place (of three pretty evenly matched teams), we caught fire in last week's playoffs and made it to the championship game today, winning 4-1 over the regular season champion Cubs.  I'm very proud of this team and the way they played today!

I'm also proud of Isaiah who was voted by his peers to receive the "Sportsmanship Award," one of three individual awards given in each league.  This was his second year in a row to win the award, having received it last year in the Minor Leagues. He follows in the footsteps of his older brother Sam who was a four-time recipient of the award during his CC career and his sister Lydia also won this award in the only year she played softball at CC. 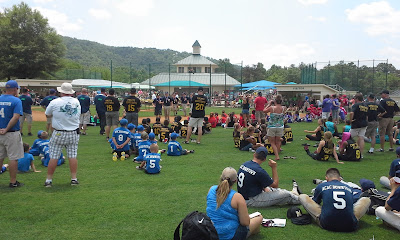 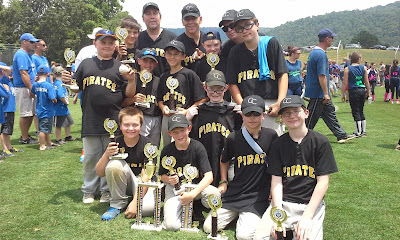 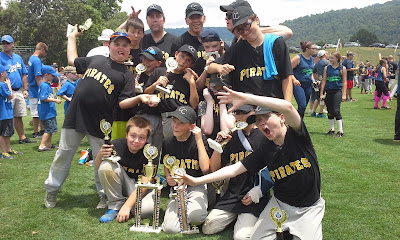 Image:  The Pirates (and assistant coaches) celebrate the win after receiving their trophies in the closing ceremonies. 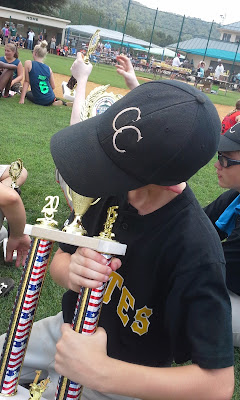 Image:  Isaiah lays a smacker on the championship trophy. 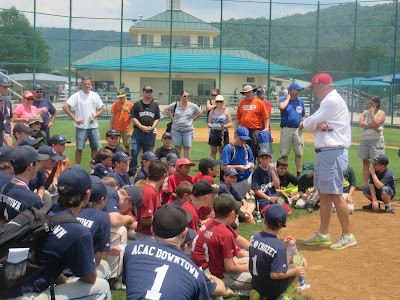 Image:  CC Commissioner John Grisham (and he does a little writing on the side) speaks with boys chosen for the All-Star season following closing ceremonies about the responsibilities of "wearing the uniform" and representing CC.  You can see my son Joseph in the center who gets his first chance to play the All-Stars season this year on the CC U-9 team.