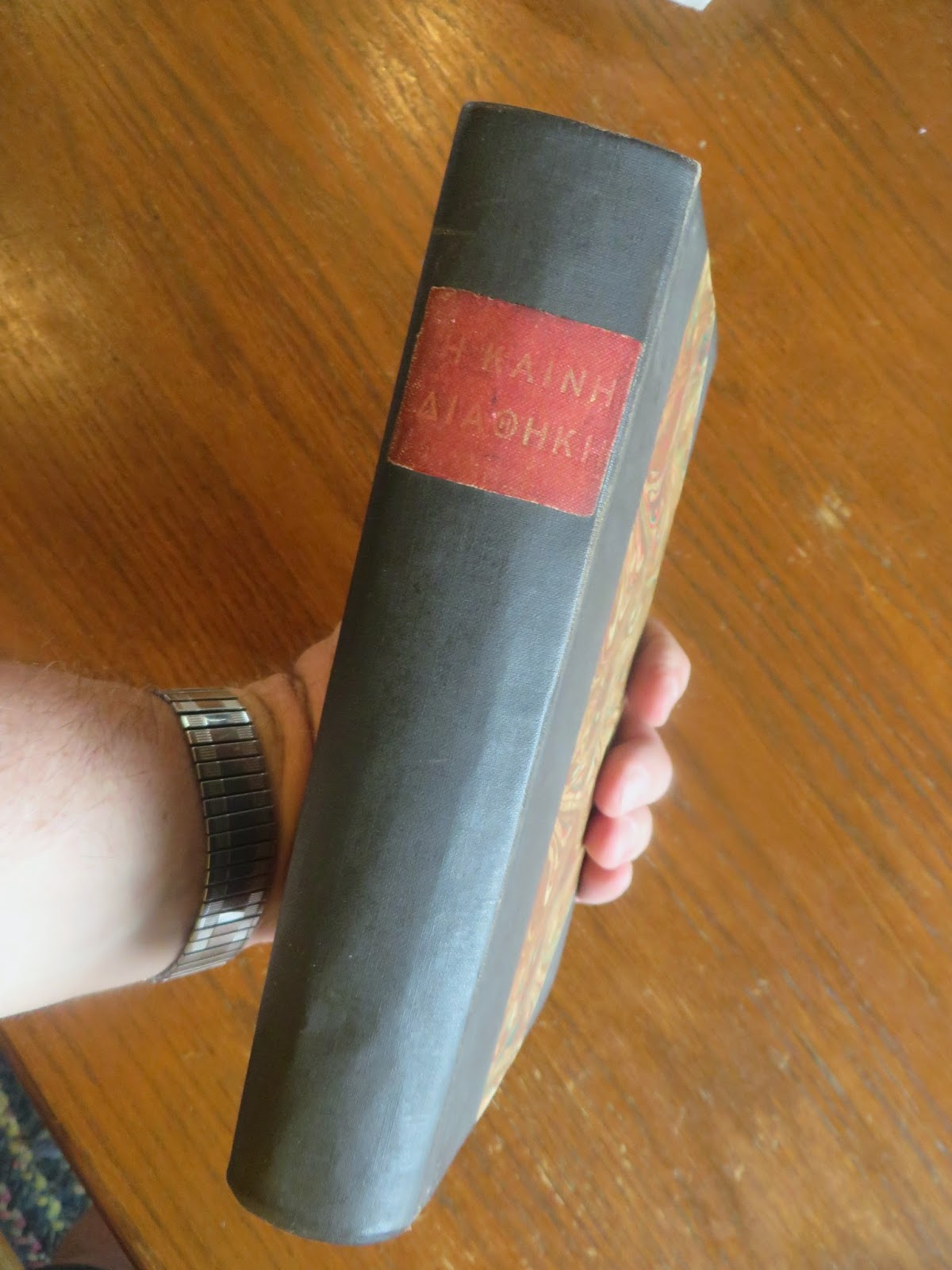 On Monday, I stopped by the Daedalus Bookshop on the Downtown Mall, one of my favorites, and found a copy of a British and Foreign Bible Society Greek New Testament, Second Edition (1958; 1960 reprint).  The first edition of this Greek New Testament was published in 1904.  This second edition with expanded critical apparatus was completed in 1958 to mark the one hundred and fiftieth anniversary of the society.  This second edition was the result of a collaboration between Erwin Nestle of the German Bible Society and G. D. Kilpatrick of Oxford University.  It represents the attempt to adopt a modern critical text over the traditional text and to use this text as the basis for scholarship and translation.  It also represents the effort to adopt a uniform and ecumenical modern critical text combining German and British scholarship.  This was finally achieved in 1979 with the publishing of the 26th edition of the Nestle-Aland Greek New Testament, which shared an identical text with the United Bible Society Third Edition of the Greek New Testament (1975).

Here are a few pictures: 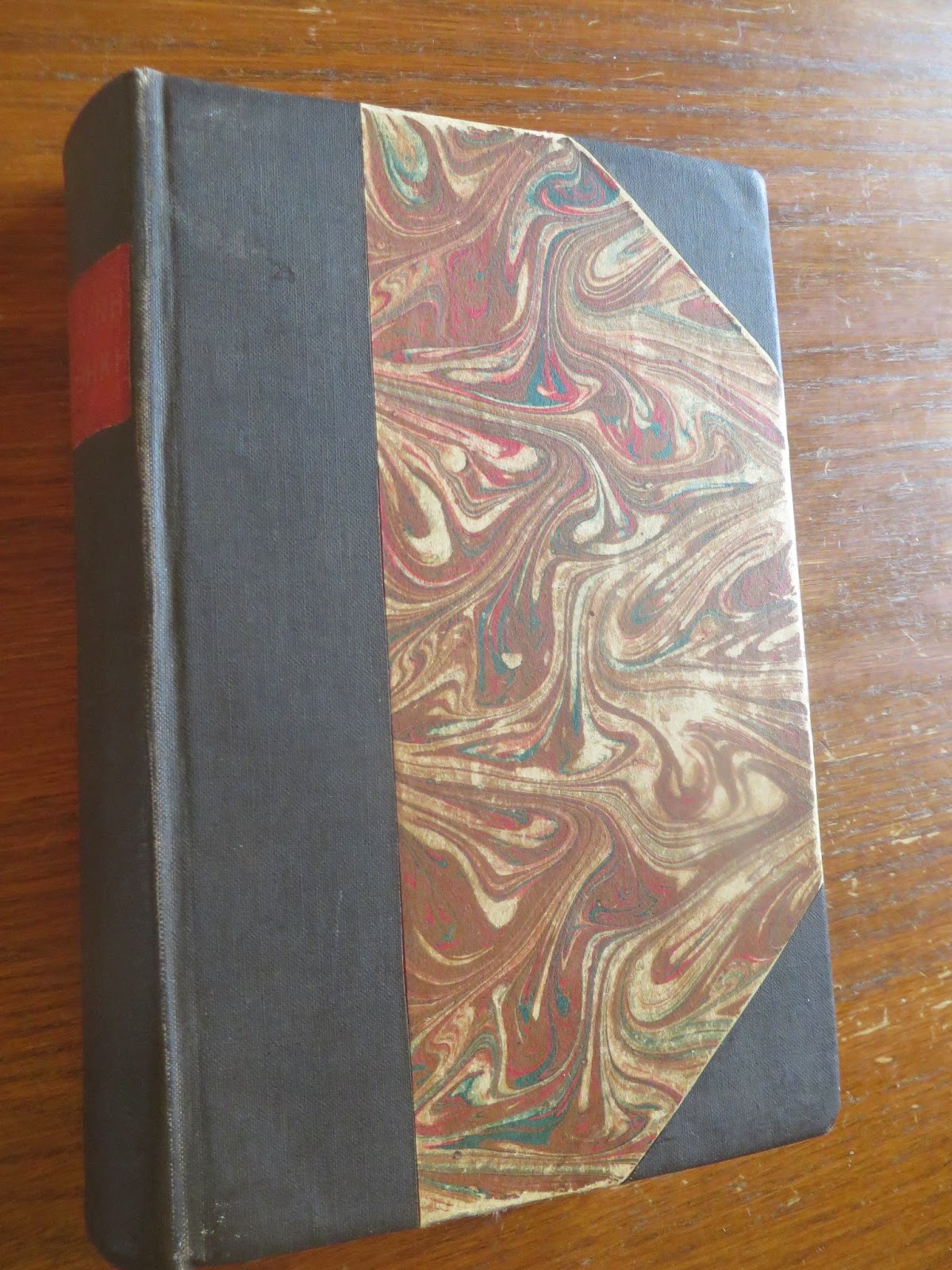 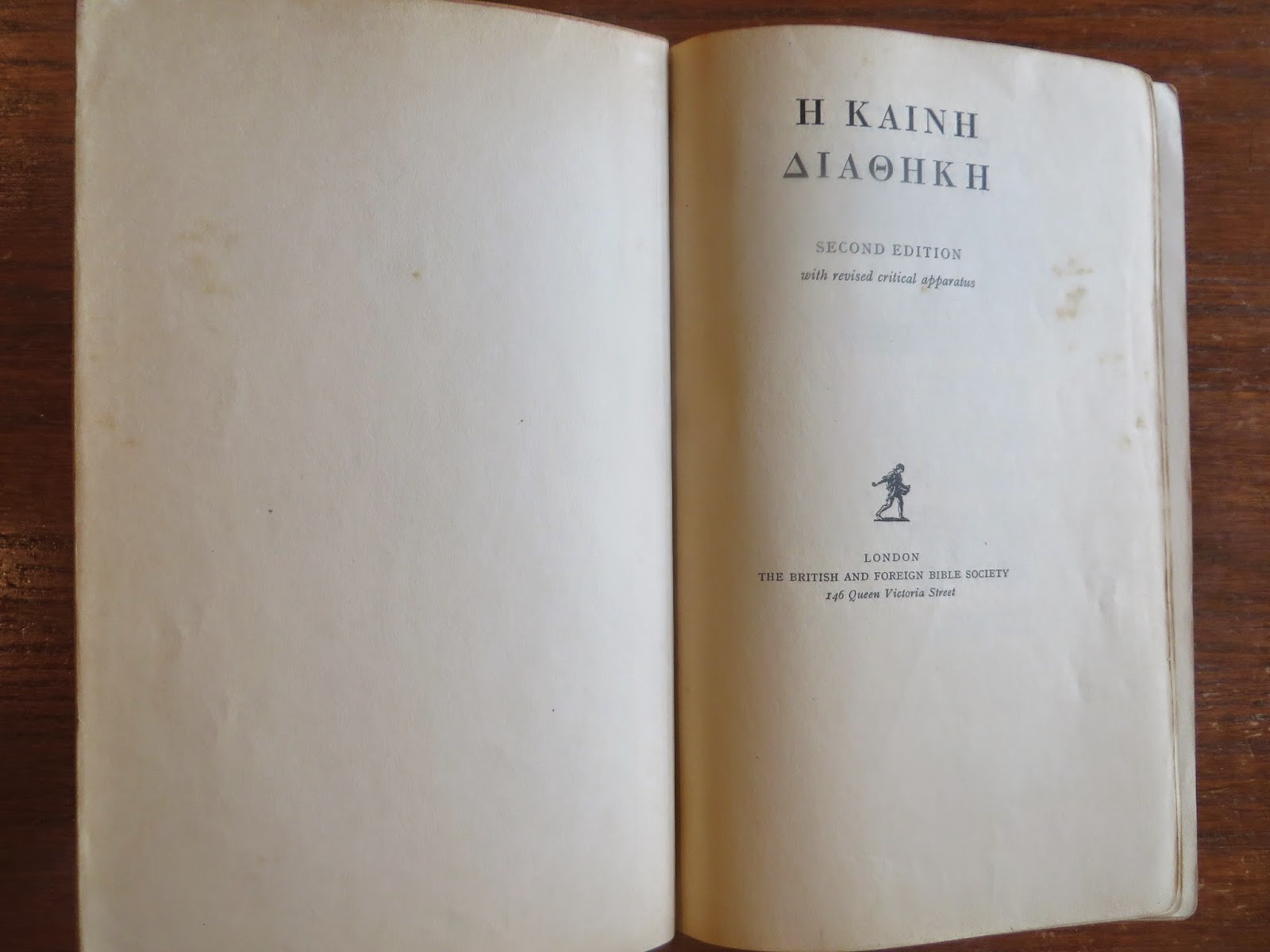 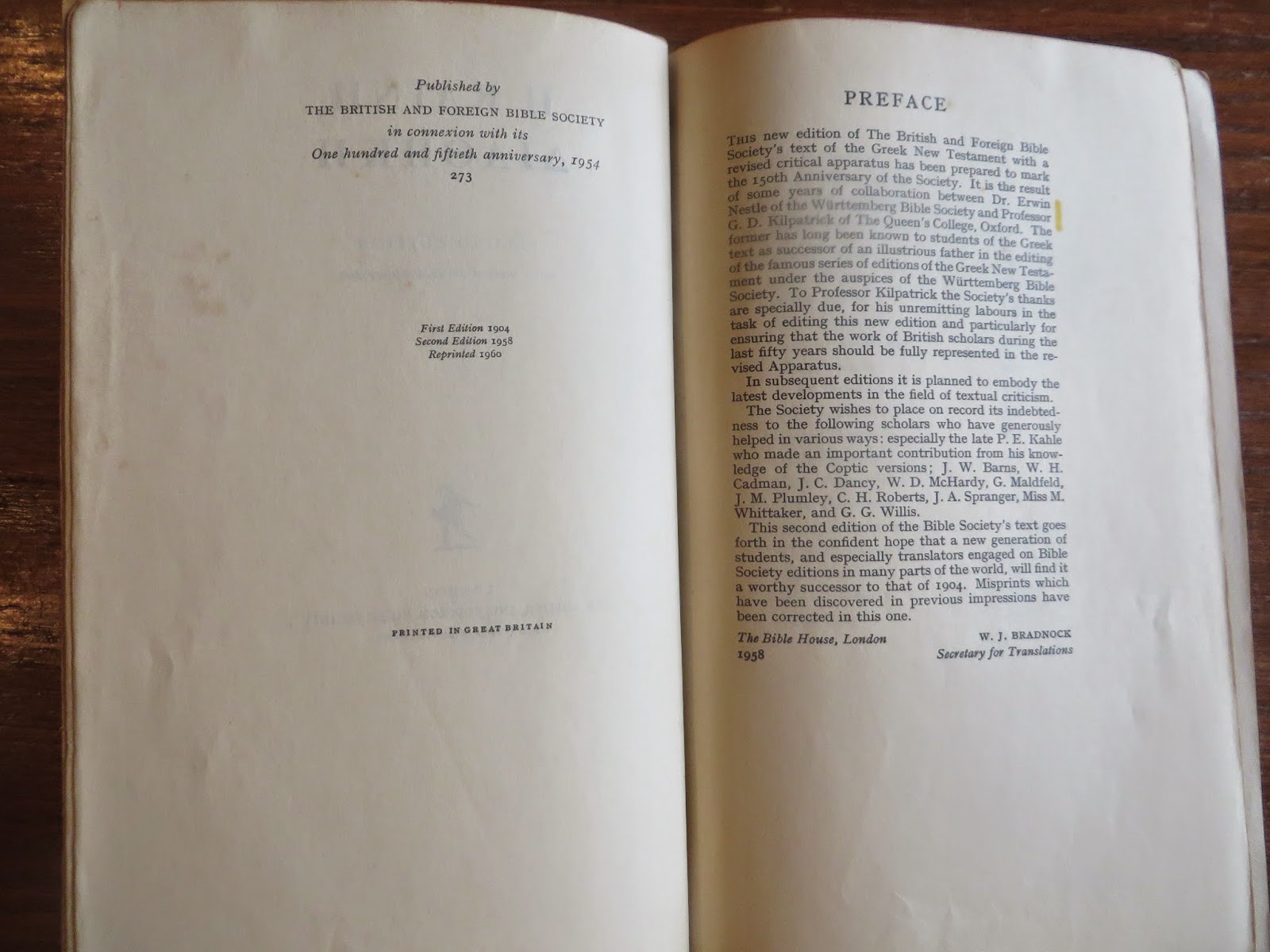 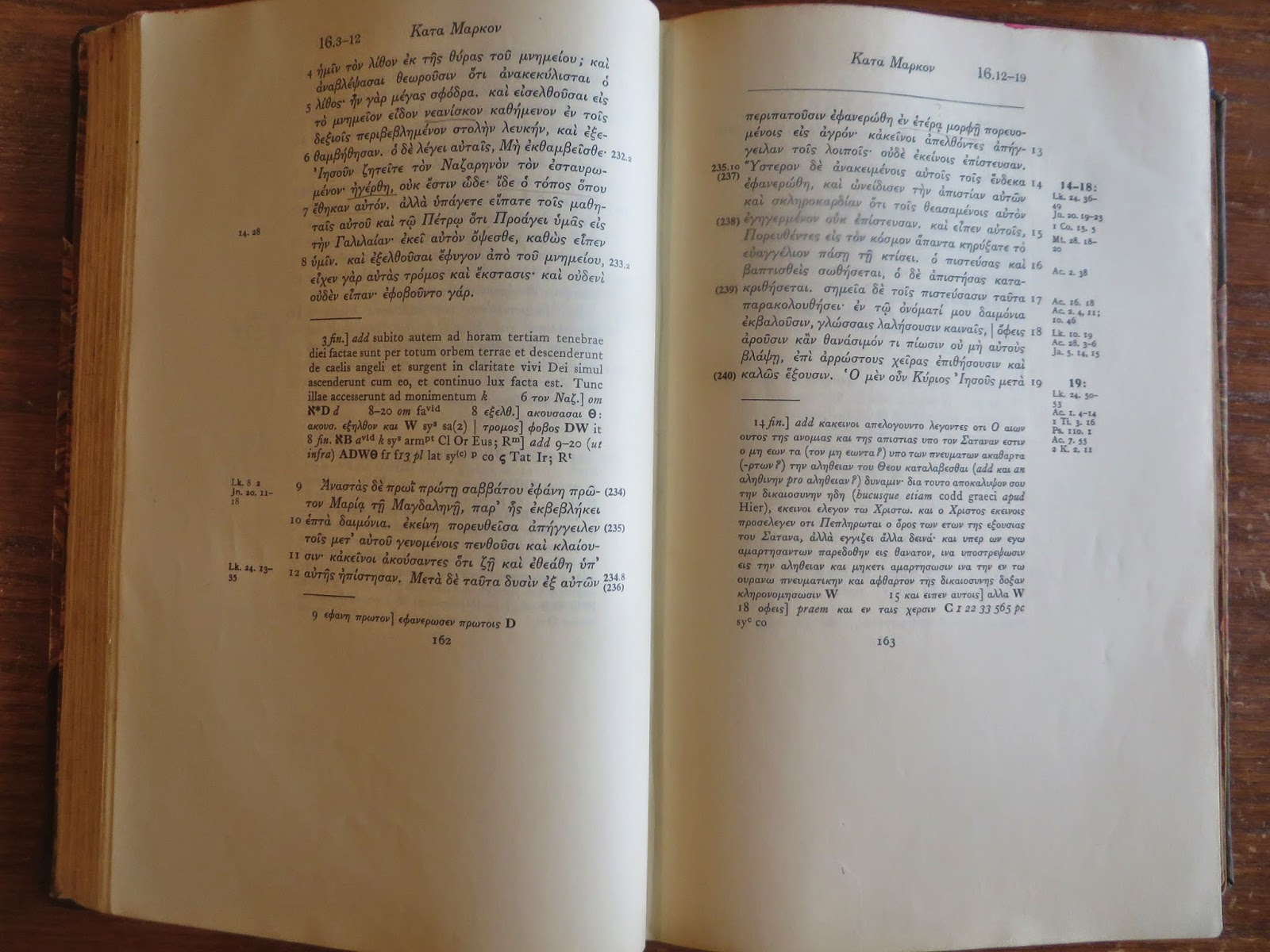 Image: Here is the page with the ending of Mark.  Note that the apparatus is inserted after Mark 16:8.  The apparatus also includes the Latin text of the so-called "Intermediate Ending" from the Old Latin codex k (Bobbiensis)