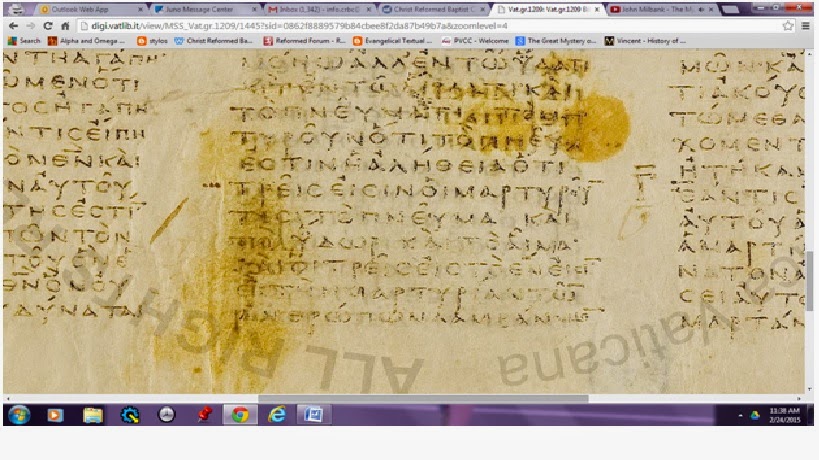 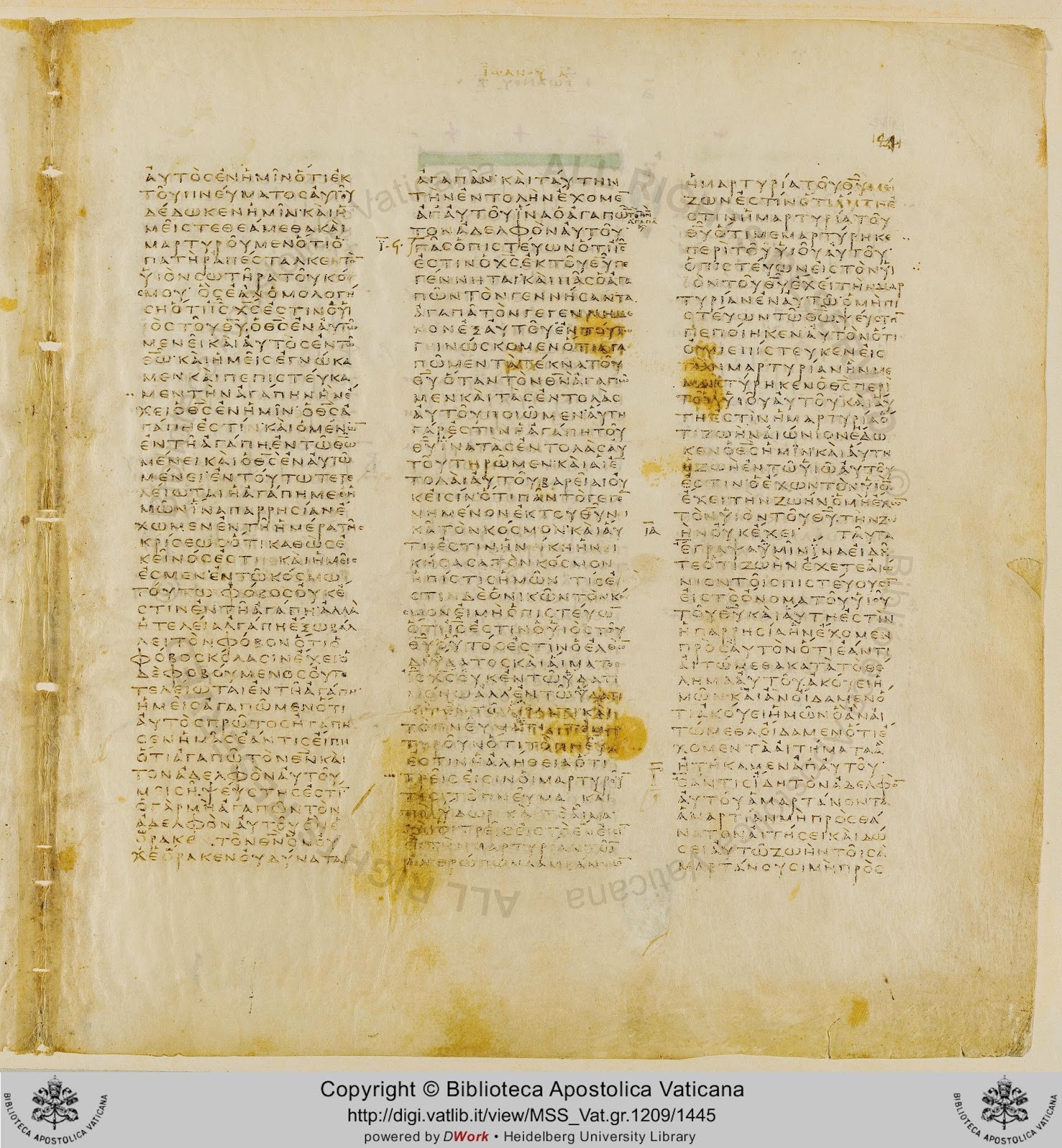 Image:  Whole view of page from I John in Vaticanus.  The preceding image above is a close-up of the bottom of the middle column which contains 1 John 5:7-8. 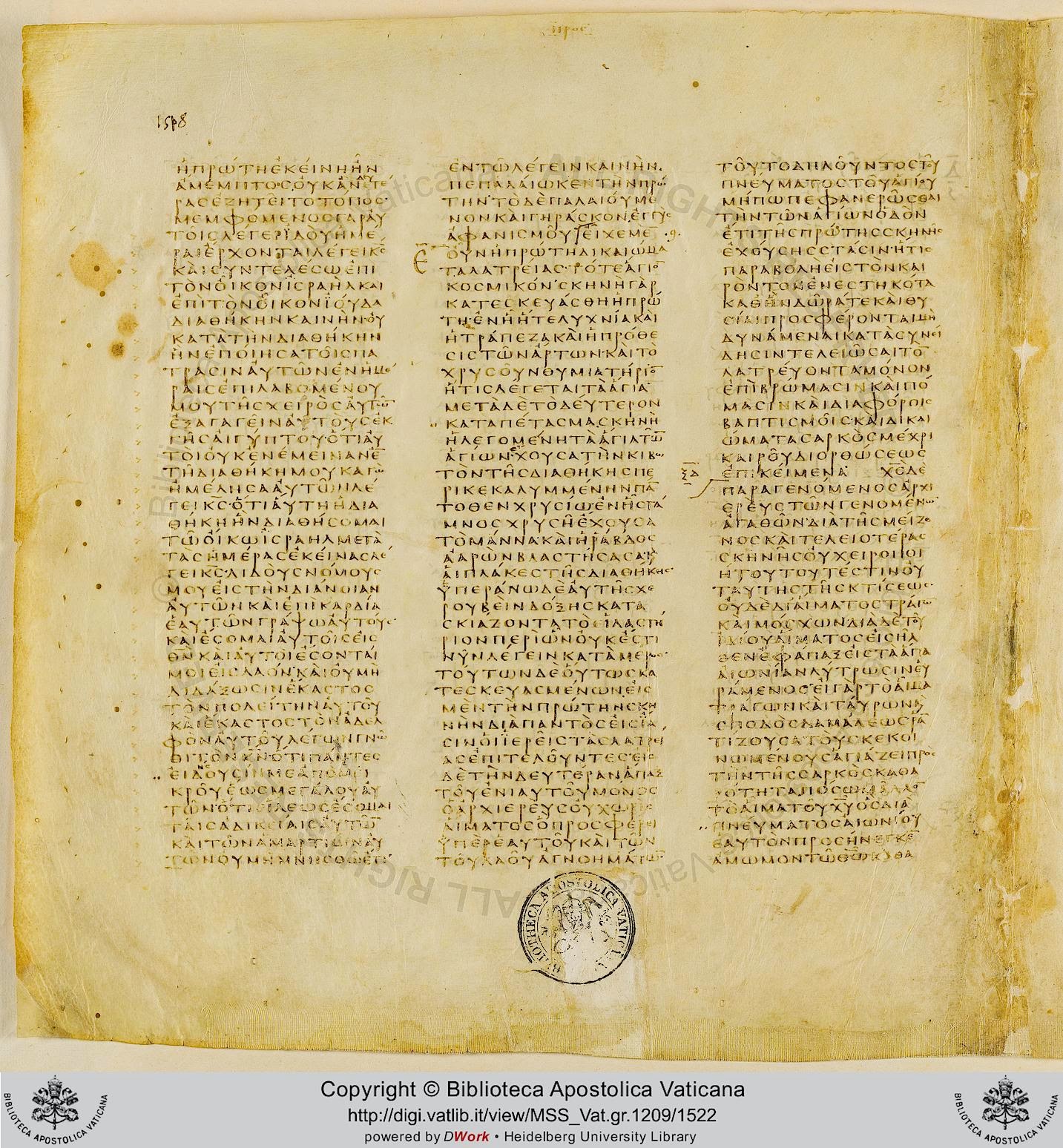 Image:  The last page of Hebrews in Vaticanus from the original copyist, ending at Hebrews 9:14a. 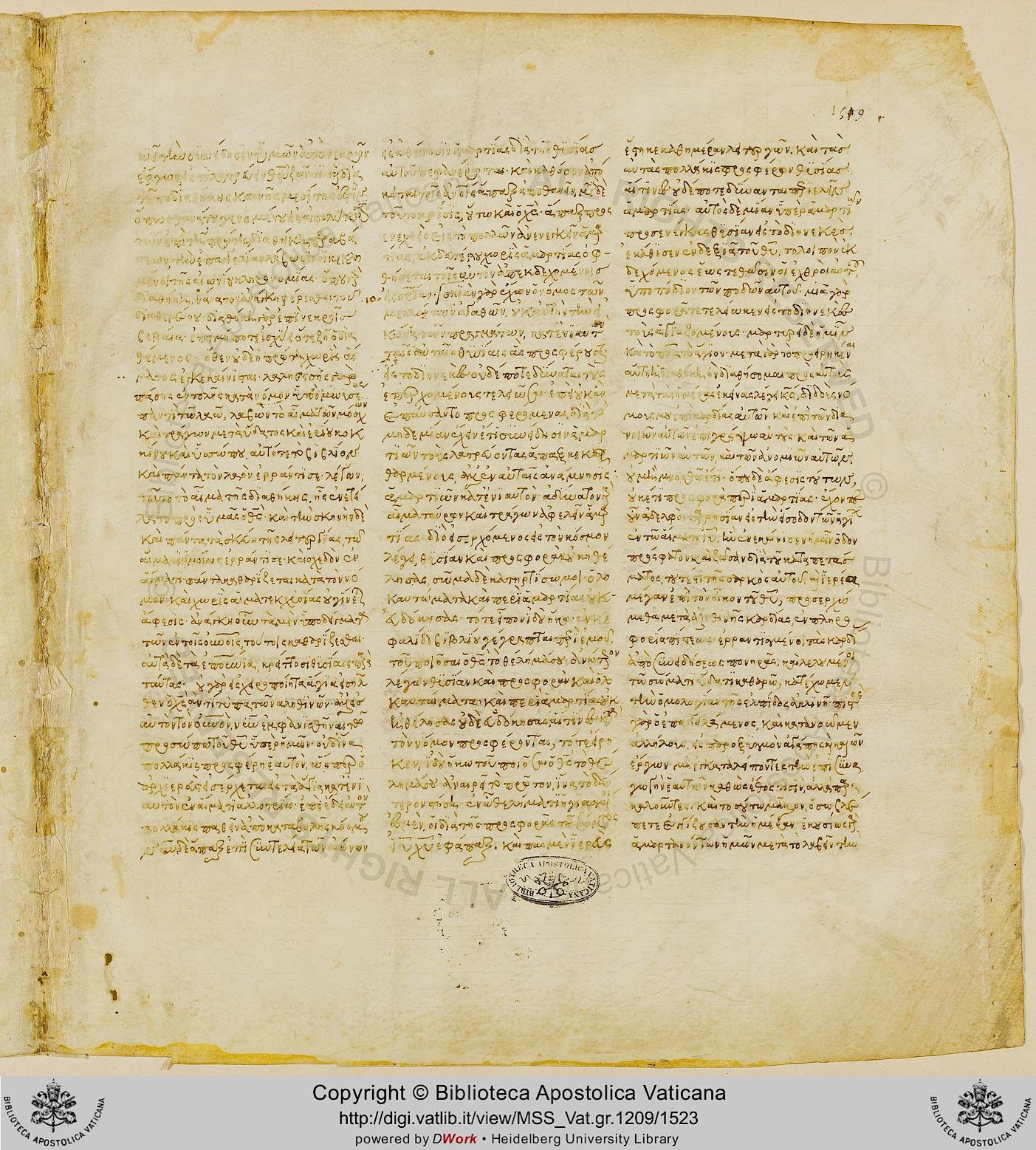 Image:  This is the first page of Hebrews in Vaticanus in the later hand, starting at Hebrews 9:14b. 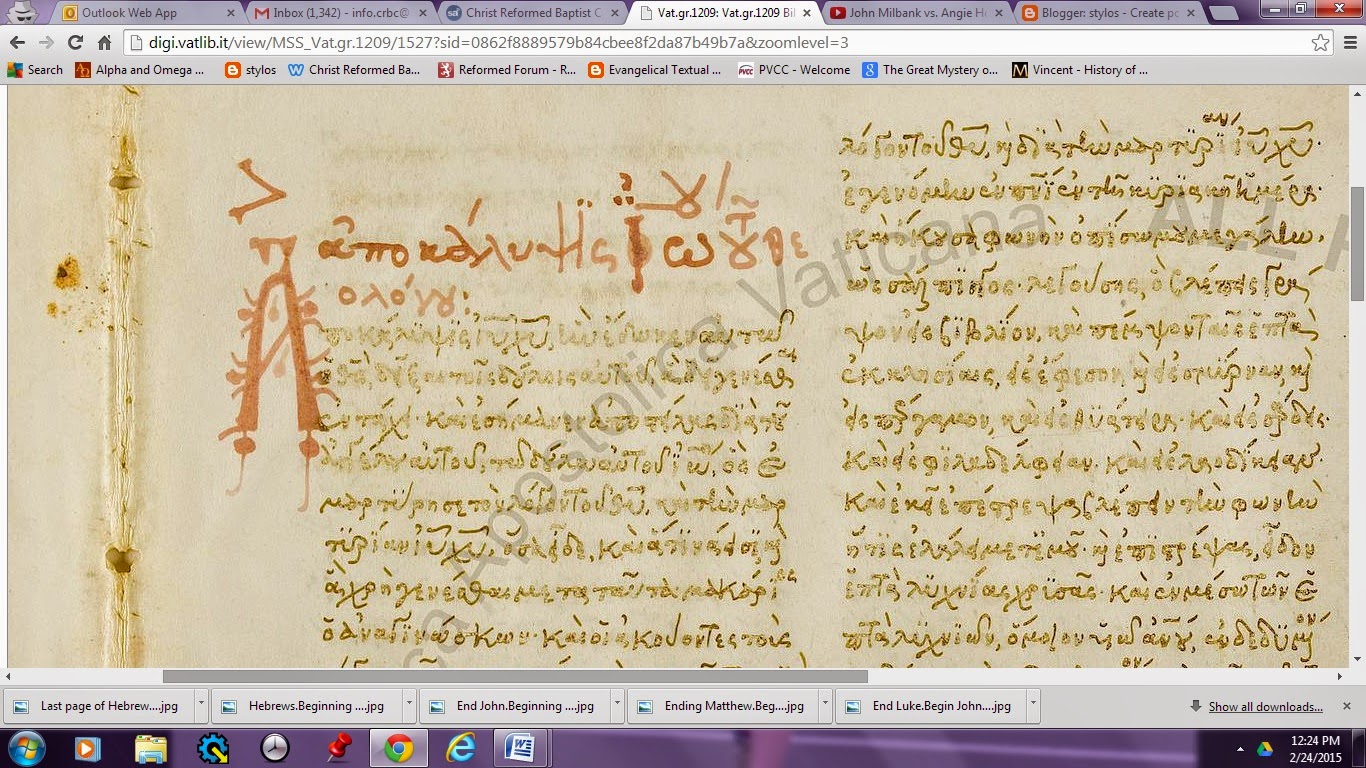 Image:  Screenshot of close-up of beginning of Revelation in Vaticanus, written in later hand.  Compare and contrast with close-up of 1 John 5:7-8 in archaic hand above.

Note:  Here’s a follow up to the earlier post I did on the books in the Old Testament in Codex Vaticanus (now available online).  Here is the list of New Testament books in Vaticanus:

1.  The Gospels and Acts appear in what becomes the standard order.

2.  Next are the General Epistles, beginning with James.

3.  Next come the Pauline epistles, with the Pastoral epistles (1 Timothy, 2 Timothy, Titus) and Philemon omitted (Did they appear after Hebrews in the original manuscript?  See below).

4.  Hebrews comes after 2 Thessalonians, which implies it is considered among the Pauline epistles.

5.  The original text of Vaticanus ends at Hebrews 9:14a.  The remainder of Hebrews (9:14b—13:25) and Revelation is written in a distinctly different hand (which apparently dates to c. fifteenth century) and was added at a later time.

Looking to 1 John 5:7 I remembered there is a Philip B. Payne's article written in 1995. He discovered "umlauts" (double dots) in the margins of various places in Codex Vaticanus (we can see in your print screem of 1 John 5.7). He and many scholars agree that these umlauts indicate lines where a textual variant was known to the scribe. Payne don't believe in the authencity of 1 John 5.7, but the umlaut is there.

Here is the link: http://www.linguistsoftware.com/Payne2000NovT-Vaticanus_umlauts_1Cor14_34-35.pdf

Thanks for the comment. Yes, I recall reading about this also. I'd like to survey where else these appear. Another question, I suppose, would be the date/scribe when/by whom the umlauts were added. At the least, it shows scribal discomfort with the text.

Again, thanks for the insight.

Nice knowledge gaining article. This post is really the best on this valuable topic. testament