On Finding a 20th Edition of Nestle's Novum Testamentum Graece 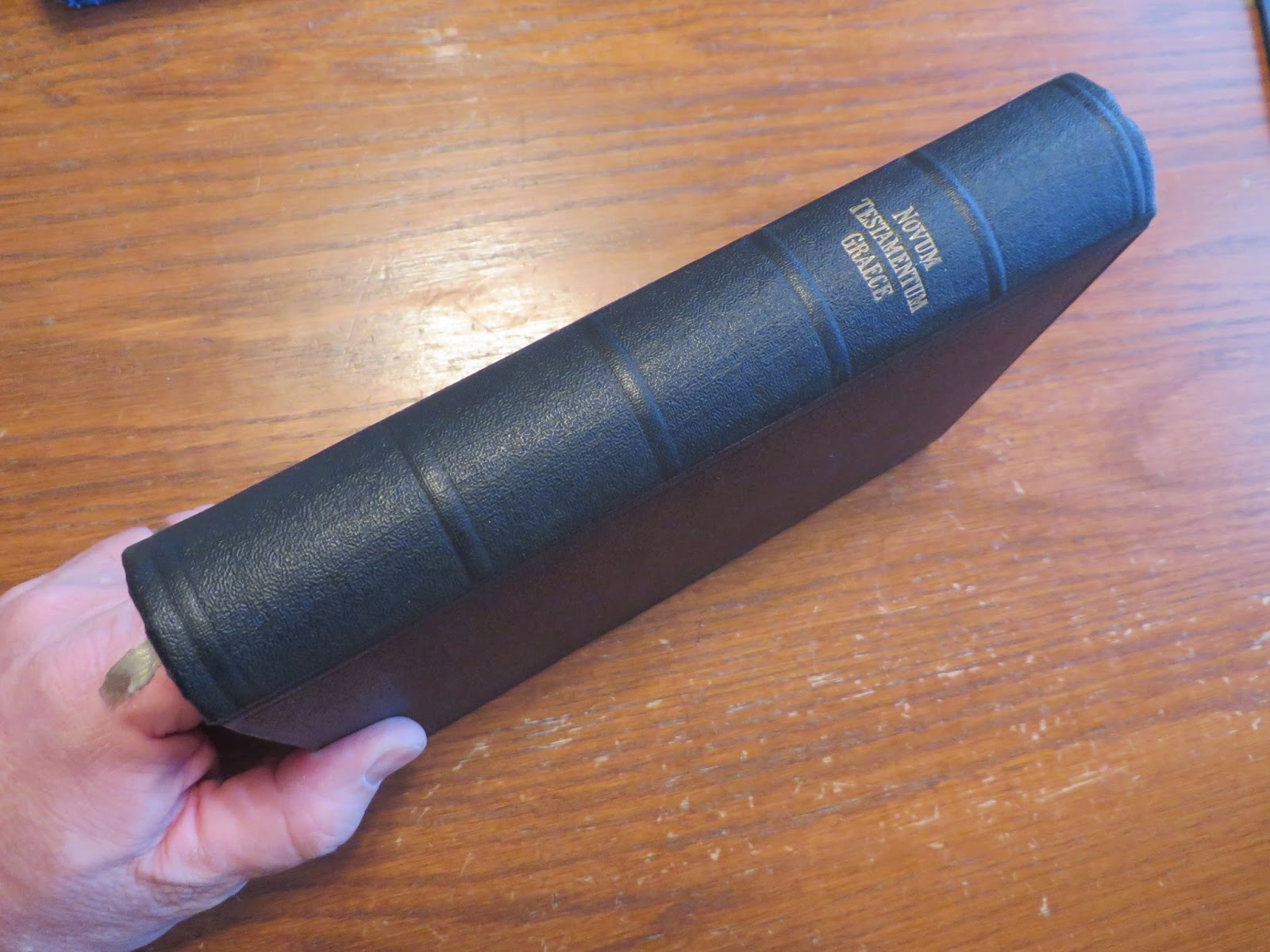 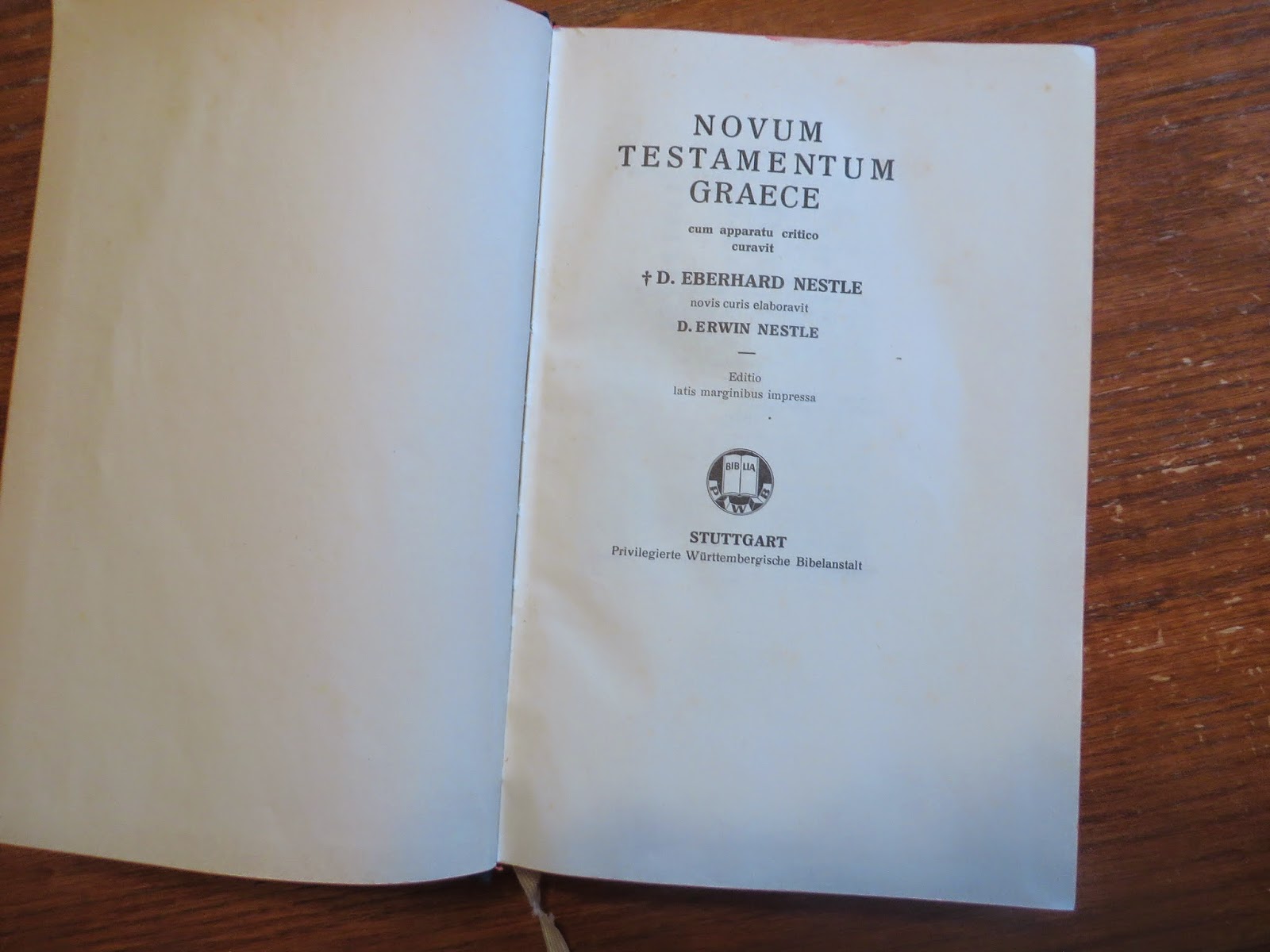 One of the nice things about living in Charlottesville is the access to good used bookstores.  I walked into Heartwood Books on UVA's Corner yesterday to peruse the religion section and found this copy of the 20th edition (1950) of Nestle's Novum Testamentum Graece.  I purchased it for $7.50. It is a nice, relatively clean copy.

Eberhard Nestle (1851-1913) first published his Novum Testamentum Graece in 1898. His original work was based on comparison of the three most significant printed editions of the modern critical Greek New Testament of the nineteenth century (Tichendorf; Westcott/Hort; and Weymouth).  The Weymouth was replaced by the edition of B. Weiss in 1901. Where any two of these agreed against a third, Nestle followed the majority. According to a pamphlet published by the German Bible Society: "Nestle's edition, due to its wide distribution, ultimately displaced the 'Textus Receptus', which among scholars had already long become obsolete, in churches and schools" (Textual Research on the Bible [2008]:  p. 19).

The editor's preface begins with a Latin quote from the preface to J. A. Bengel's 1734 Greek New Testament:  Te totam applica ad textum: rem totam applica ad te ("Apply your whole self to the text; apply the whole matter to yourself").

After Eberhard Nestle's death, his son Erwin Nestle (1883-1972) continued editing his father's work.  With the 13th edition (1927), Erwin Nestle added to the work a critical apparatus, which increasingly expanded in future editions.  In 1952 Kurt Aland (1915-1994) became co-editor of the work and with the 25th edition (1963) it became known as the "Nestle-Aland" Greek New Testament.  Later editions were based not merely on printed editions (as the early editions had been) but on direct comparison to original Biblical manuscripts. The 26th edition of the N-A (1979) brought the text into agreement for the first time with the modern critical Greek text of the United Bible Societies (3rd edition).  The 28th edition of the N-A (2012) is now the standard modern-critical text of academic scholarship. 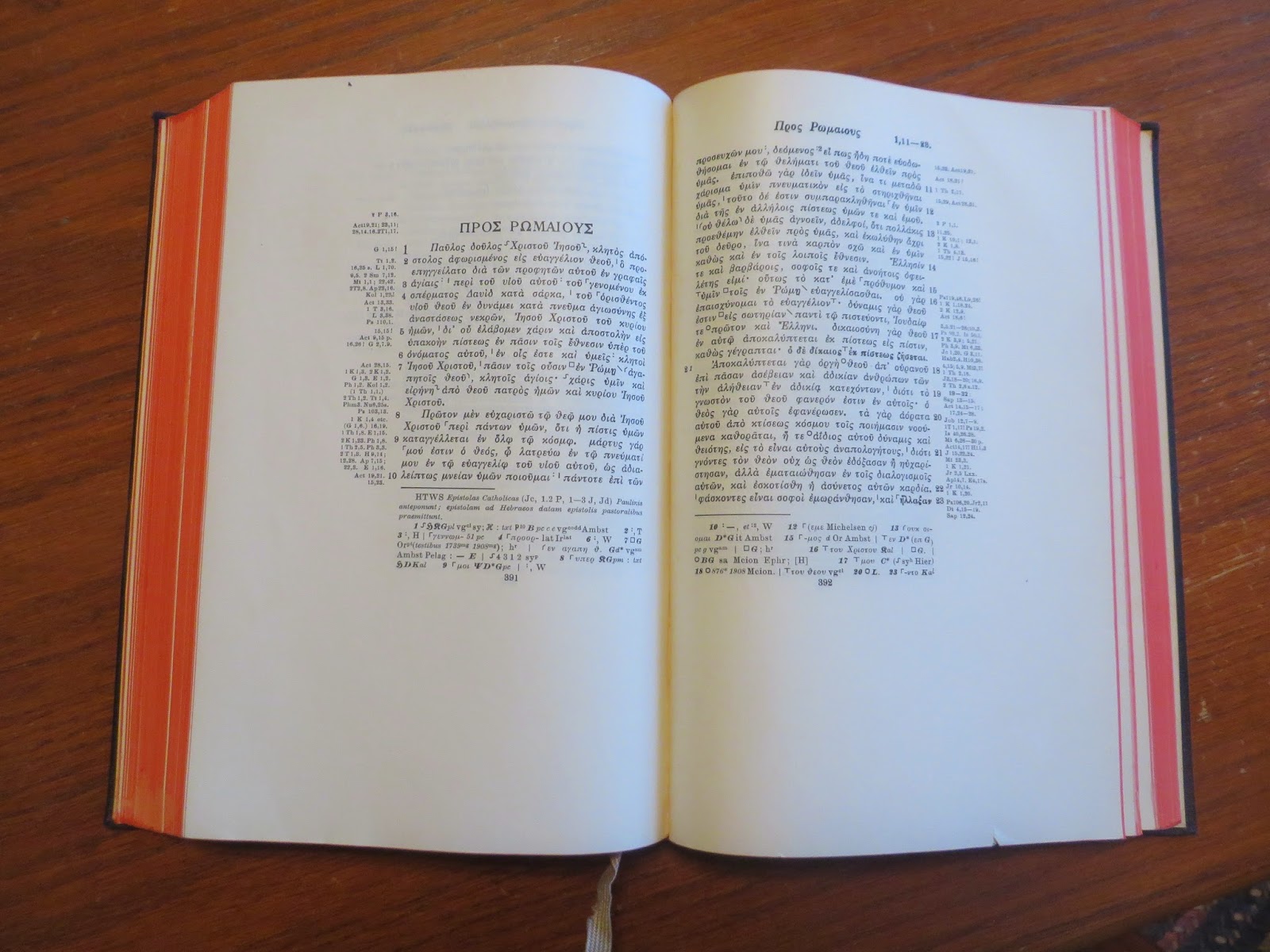 Image:  Here is the opening to Romans.  Notice the small printed text Biblical text (a hallmark of the Nestle-Aland NT) but also the wide surrounding margins. 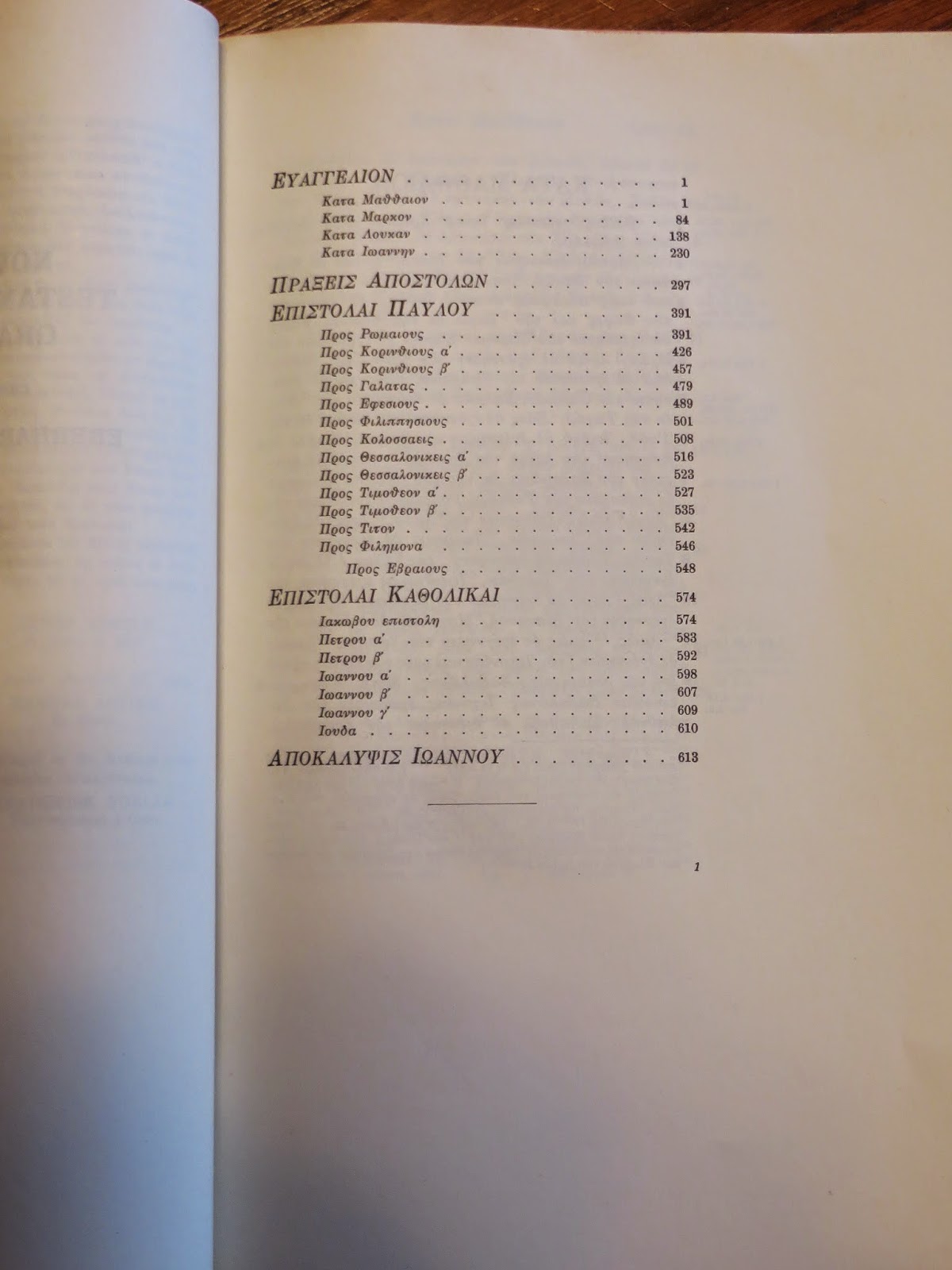 Would you be willing to sell?

Thanks for the query, but I plan to keep it in my collection.