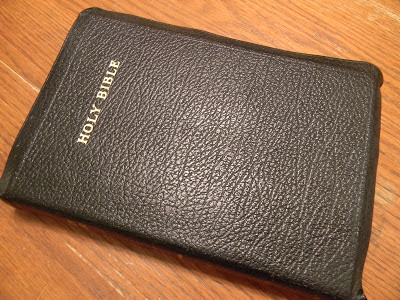 Note:  Many of you have already heard this material from me (perhaps more times than you care to remember!).  I still, however, frequently get asked about the question of English translations (most recently from students I am teaching) and thought it might be helpful to write this brief guide.


In the English speaking world, we have an abundance of translations and there seem to be several new ones coming out each year.  Why are there so many different modern translations?  How does one translation differ from another? How do I choose a good translation for my personal reading and study?  Let’s look at these three questions in turn:


First:   Why are there so many different modern translations?


One reason there are so many English translations of the Bible is the fact that English is perhaps the most widely spoken and written language on the planet.  Like Greek, Latin, and French before it, English is the lingua franca (common language) of our times.


Another reason is that there are various book publishing and ministry organizations that see financial and practical benefit in producing new translations.


Finally, some believe that there have been advances in textual study and translation philosophy, and this leads them to want to produce what they believe are new and improved translations.


Second:  How does one translation differ from another?


There are two key factors that distinguish translations of the Bible:


From what base text of the original language Scriptures (Hebrew Old Testament and Greek New Testament) will the translation be made?   There are two foundational texts from which translations are made:


(1) The traditional text which generally represents the vast majority of Biblical manuscripts and from which the various translations of the Protestant Reformation era were made; and


(2) The modern critical text, which has emerged since the late nineteenth century.


The choice of the underlying text from which to make a translation will be critical.  In general, the modern critical text is shorter than the traditional text, either omitting altogether, removing to footnotes, or placing in brackets various verses, words, and phrases.  The two biggest examples of textual differences are the account of the woman caught in adultery (the pericope adulterae) in John 7:53—8:11 and the traditional ending of Mark’s Gospel (Mark 16:9-20).  The modern critical text puts both these passages in brackets and modern translations made from this text usually do the same, adding a note suggesting that these passages were not part of the earliest and best texts of the New Testament.


There are two schools of thought:


(1)  The Formal Correspondence method.  This approach attempts to translate “word for word” from the original language text.

(2)  The Dynamic Equivalence method.  This approach attempts to translate “thought for thought” from the original language text.


Among translations that attempt the “word for word” method are the King James Version (KJV), the New King James Version (NKJV), and the New American Standard Bible (NASB).  Among translations that attempt the “thought for thought” method are the Today’s English Version (TEV or Good News Bible) and the Contemporary English Version (CEV).  Some translations, like the New International Version (NIV) and the English Standard Version (ESV), are a mixture of both approaches.


I recommend that when examining any Bible translation you take a few minutes to read carefully the brief preface (usually no more than 2-3 pages) at the front of most editions.  In that preface the editors will generally tell you both the text and translation philosophy of that particular version.


Third:  How do I choose a good translation for my personal reading and study?


Most of you know that my preference in English Bibles is for a translation that (1) follows the traditional original language texts and that (2) is based on the Formal Correspondence translation method.  I prefer the traditional text, because I believe it best reflects the doctrine of the divine preservation of Scripture (see the Westminster Confession of Faith, and Second London Baptist Confession of Faith, article one on the Scriptures).  I also prefer the Formal Correspondence Method, because I believe it best reflects a belief in the verbal plenary (full) inspiration of Scripture where every jot and tittle of Scripture is significant (see Matthew 5:18:  “For verily I say unto you, Till heaven and earth pass away, one jot or one tittle shall in no wise pass from the law, till all be fulfilled.”).  When it comes to English translations this leaves our best current choices as the Geneva Bible, the King James Version, and the New King James Version.

You had given a list of reading on this subject once in previous blog. Would you mind providing a link to that post or re-posting the list again.

Thanks, and God bless!

I will try to update and repost that reading list soon. Till then, you can find the old list by entering "annotated bibliography" in the search engine on the blog.

I appreciate your position. I am a Reformed Baptist now who grew up in the Lutheran tradition, and hold to the same convictions on the Biblical texts as you do. There is a lot of good textual and historical evidence to support our position, even though it may not be as popular as it once was. Thank you for your stand and honesty. May God bless you and keep you.

Thanks for the encouragement.

Don't forget the World Enlgish Bible (WEB) and the English Majority Text Version EMTV); they both use the Byzantine Text as their NT base-text.

Found this article from the "New Tract Available" post, so I'm a bit late to the discussion. What I found interesting, and am in agreement with, is your putting of the ESV in the "middle ground" territory of translation philosophy. Many of the charts and much of the literature you read regarding the ESV places it at the "Word For Word" end of the translation spectrum. In my times interacting with the ESV it seems to incorporate a fair amount of interpretation in its translation, certainly far more than the NAS and NKV which it is claimed to be on par with.

Further, I find the ESV's handling of certain variant texts (consigning them to the footnotes) problematic. In my opinion, that puts an immediate hurdle up when an unbeliever, or a new believer who is struggling with understanding issues of inspiration, canonicity and the like, come to a passage where the verses skip from 36 to 38 (Acts 8). I find the removal of the texts from the text-proper to be objectionable and certainly ahistorical.

Thanks for your comment. If you do some searching on the blog you'll find other article critiquing the ESV. Yes, the promotion of the ESV has been relentless by Crossway, and, I believe, the degree to which it follows "formal equivalency" is frequently overstated by its advocates. Also understated is the fact that the ESV is an evangelical revision of the RSV, and so it has more in common with the RSV/NRSV tradition that the Tyndale/KJV tradition.

Bryant, thanks for your comment. My personal preference is for the KJV as is my fellow elder. Our deacon sometimes reads from the NKJV. I'm ok with this. The NKJV, IMHO, has some issues with the OT, some dynamic renderings, and the capitalized divine pronouns, which I do not prefer. I used it for a while in making my transition to use of the AV. I think it is helpful for some for this reason. Here is our church's statement on Bible usage:

"We affirm the infallibility, total trustworthiness, and sufficiency of the Bible as our primary source of authority on all issues of doctrine and practice. We also affirm the providential preservation of God’s Word in the received or traditional text of Scripture. We shall prefer to make use of Bible translations based on the traditional text of Scripture in our public teaching and worship."

I wanted to ask a few more questions. Are there any issues with the NKJV NT similar to the OT? Any major (or minor) differences in the NT from the KJV worth noting? Do you also think there will be a new modern english translation based on the received or traditional text in the future that would be worth considering or is the KJV our best English translation to use? Lastly, would you ever consider writing a book responding to James R. White’s book on KJV Onlyism? I would personally love to see such a work done to address the issues with his popular view and popular book amongst evangelicals. Thank you for your time in responding. Appreciate your answers and recommendations.

I have not done an extensive study of the NKJV. The TBS has two articles on the NKJV that you might find helpful:

I agree that a work responding to JW's KJV_only book would be good, but I am not sure I will be the one to do it. I have heard that such a book will be produced at some time from TBS.