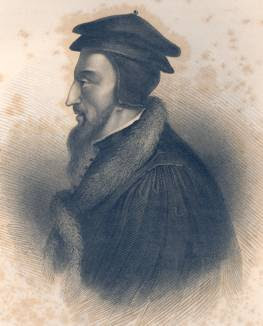 Does Calvin talk about how many pastors a church should have?

In answer to your question:

From the Institutes it appears that he believed there would be one Pastor (Minister of the Word) in each congregation.

“one is appointed pastor to teach the rest, and those bidden to be pupils receive the common teaching from one mouth”;

“Yet pastors (except that they each govern the several churches assigned to them) have the same charge as the apostles”;

“what the apostles performed for the whole world, each pastor ought to perform for his own flock, to which he is assigned.”

In a large congregation there may well be need for more than one pastor (Minister of the Word). We should note that Calvin sees the office of the Elder (who is not a Minister of the Word) as distinct from that of Pastor. Thus, Calvin does not seem to teach the modern construal of “parity” of elders. Of the pastors, he says, “in the office of the pastors also there are these two particular functions: to proclaim the gospel and to administer the sacraments.” These duties of the pastor(s) are distinct from those of elders. We might say that Calvin teaches that although all pastors (Ministers of the Word) are elders, not all elders are pastors (Ministers of the Word).

Calvin’s views are carried over into the Continental Reformation creeds which present a three-fold view of office (they combine pastor and teacher into one office and place alongside the pastor-teacher, the offices of elder and deacon). The Belgic Confession (1561), for example, lays out this threefold view in Article 30:

We believe that this true church ought to be governed according to the spiritual order that our Lord has taught us in his Word. There should be ministers or pastors to preach the Word of God and administer the sacraments. There should also be elders and deacons, along with the pastors, to make up the council of the church.

These views are carried over into many contemporary Reformed Churches that distinguish between the Teaching Elder (usually a single Pastor) and Ruling Elders (non-vocational elders who are not ordained to the Ministry of the Word but who assist the Teaching Elder in government).

Obviously, quoting Calvin, you must be reformed, and therefore believe in total depravity. That being said, when one man holds an office that elevates him above others, whether it be a king or a pastor, there is a danger of abusing that power (because all men are depraved). What should be done to hold the pastor accountable? If he holds an office that elevates him above the other elders, it seems that accountability within his local church is not possible. It sounds like he must look outside his church to another pastor for accountability. That doesn't seem like good Baptist ecclesiology.

No doubt authority can be abused. It can be abused by a husband/father as head of his family. An ungoldy man might beat his wife and mistreat his children. The fact that all husbands and fathers are sinners and that some grossly abuse their authority, however, hardly leads us to believe that we should do away with the role of husband/father or encourage families to be led by an egalitarian committee. The same can be said for those who serve as pastors. Just because men are sinners and some might abuse authority does not mean we do away with the role, particularly if it is a Biblically mandated one.

In addition, just as one man might abuse his power, so might a group of men, or even an entire congregation. Rebellion against proper authority is as grave a shortcoming as is abuse of power. Indeed, none are free from the impact of radical depravity.

The Presbyterian model would call for a presbytery to which the Ministers of the Word are accountable. For Baptists it would come within the church itself (the elders and congregation). The old Baptists, however, did seem to rely on gatherings of ministers from various churches to form a presbytery for things like ordination and for circular letters that addressed controversial issues. It would probably be good to revive this practice.