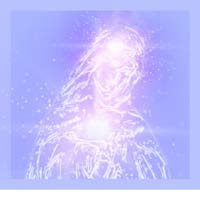 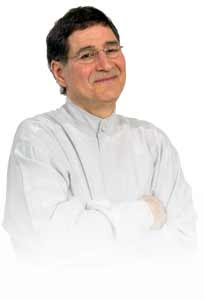 Last Sunday’s (June 10) Daily Progress featured a front page article titled "Divine Vision: Sanctuary draws faithful to apparition of Mary: Monk shares his vision of Blessed Mother."
The article begins:
According to Charles Cannon, spiritual director of the Synchronicity Foundation in Nelson County, an apparition has been making itself known to visitors on a daily basis since last August. He refers to the apparition as the Blessed Mother and says she is more than the Blessed Virgin Mary, mother of Jesus.
"She refers to herself as the Divine Feminine, the Divine Mother, the Blessed Mother, not just Mother Mary," Cannon said recently before going to the nearby site where the visitations are said to be occurring.
"She is the divine consciousness - the essence of all those forms. What is amazing here is that so many people are seeing her, hearing her, smelling the fragrance [roses and gardenias].
"Her basic message, which she says every time she appears is, 'I appear that you might know the truth of who you are and what life is.' Then she goes on to say, 'Life is divine, you are alive, you are divine, all and everything is divine.'
"So the message is one of awakening to that holistic truth that God is not something that is separate from you, but is rather part and parcel of you and lives within the shrine of your own heart, and that's the greatest temple. It's a beautiful message, and it's amazing how many people resonate with that message."
Cannon is a self-proclaimed mystic and founder of Synchronicity Foundation. Oddly enough, he is not Roman Catholic (though his 89 year old mother, one of the 40 member "congregation" that took part in the new age seance, is), nor is his Mary that of traditional Catholic Marian piety (misguided as that is). His is a New Age Mary whose shocking message is essentially the same old pantheistic message of "all is one," "you are god(dess)," etc. Nothing particularly original in this.
Cannon claims that this "Mary" began appearing to him when he was three years old (he’s now 62). He studied Zen Buddhism and later spent 12 years studying with an Indian guru. Mary apparently told him that she would begin making "public manifestations" once Canon turned sixty.
The Synchronicity site has a link to its "The Blessed Mother Apparition." site. "Master" Canon offers this text of the first "message" he received on August 21, 2006:
"I am the Divine Feminine, God as Mother, Universal Creatrix,of all that is and is not.
I come again that you might know the truth of who you are and what life is.
God is life, you are God. All is God.
I am the One in the Many, I have manifested as the Divine Feminine forms of all cultures and religions. Yet, I remain unto myself in eternal divinity.
I come with a simple message: It's time to awaken. It's time to rise to the level of the God that you are. the God that is all and everything."
Reflections:
Wow! How do you begin to respond to this sort of thing? It is another reminder of where men go with "spirituality" apart from the revealed truth of Scripture. As Paul said of our sin-spoiled "spirituality" in Romans 3:11: "There is none who understands; there is none who seeks after God." Apart from God’s saving grace, we would be sitting around in a garden trying to convince ourselves that we were having some faux mystical experience of a goddess of our own creation. The quote attributed to G. K. Chesterton again comes to mind: "When people stop believing in God, they don’t believe in nothing—they believe in anything."
JTR
Posted by Jeffrey T. Riddle at 1:09 PM

I believe this quote from Ralph Waldo Emerson, ironically (since he is perhaps the Father of such New Age movements), sheds a lot of light on this current claim to commune with this apparition of Oneness. "People only see what they are prepared to see.” If we are prepared to see the truth then we have already searched the Scriptures; apart from the Bible, men are prepared to see whatever they can conjure up.

Hah, yeah I passed this place out in Nelson County just a few weekends ago on our way to go hiking. If you are familiar with Nelson County, it's fairly typical. There was a whole feature in Newsweek a while back detailing the New Age "hotspots" in the country and Nelson county made the top ten.

While generally I think these folks and the Monroe Institute to be fairly harmless, I think it also demonstrates why many Neopagans, myself included, are distancing themselves from anything resembling New Age type Mysticism. Mainly, my main criticisms come down three points:

1) Lack of personal Responsibility. (i.e. "do what you feel"). True growth and progress requires sacrifice. That's not very marketable, but it's true nonetheless

2) Speaking of marketing, there always seems to be dollar signs attached to the New Age movement. For example, even if I wanted to learn about out of body experiences, I couldn't even personally afford to attend the Monroe Institute. This is true on the smaller level too, with people selling crystals to put them touch with the "healing powers of the Earth" (While completely ingnoring the strip mine and slave labor often used to extract those minerals.)

3) It's a generational thing. As a GenX'r, I'm generally suspicious of everything connected to the 60's. Their free love gave us AIDS, their drugs gave us addictions, and their newfound environmentalism was soon traded in for a Lexus SUV and a McMansion in the suburbs.

Even so, as I said, I find most of these folks mostly harmless and generally I merely fault them for being ineffectual. The same can't be said of some in the radical fundementalist political right. Also to be fair, I realize that there are many Baby Boomers who still take seriously the lessons of working for peace, sustainability, corporate responsibility and social justice they learned in the 60's. I also acknowledge that my generation is far from perfect either, and I already fear how the next generation will judge mine.