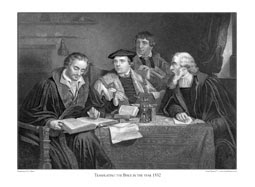 Note: This is an occasional, verse-by-verse commentary on the book of Jude.
Jude 1:5 But I want to remind you, though you once knew this, that the Lord, having saved the people out of the land of Egypt, afterward destroyed those who did not believe.
Having urged the believers to contend earnestly for right doctrine (v. 3) and having condemned false teachers (v. 4), Jude lays down a solemn warning. He issues this warning by calling to mind God’s past activities recorded in the holy history of the Old Testament. Namely, he asks his readers to consider God’s actions toward Israel during the time of the Exodus from bondage in Egypt.
What did God do to Israel during the Exodus? First, he saved the whole nation, a spiritual mixed multitude. He did so in spectacular fashion. He provided a savior, Moses. He sent terrible plagues to show his power that culminated with the angel of death striking down the first born. He parted the waters of the Red Sea.
Despite all this, some did not believe in God’s power to protect his people. They murmured and complained against the leadership of Moses (Exodus 16:7-8). They despised the manna God provided and stated their preference for the spicy foods of Egypt (Numbers 11:5). The culmination of their discontent came in an outright rebellion against Moses led by Korah (recorded in Numbers 16). The Lord caused the ground to open up, and it swallowed whole the households of Korah and his rebels, and "they perished from among the assembly" (Numbers 16:33).
I once heard a recording of an old minister who preached a message called, "The God of the Bible kills people." That same title might be given to Jude 1:5. The God of the Bible saves, but He also destroys. We will not appreciate His mercy till we reckon with His wrath. We will not know His grace, till we learn of his justice.
This verse gives us a gracious warning. Do not think that just because you are in a good church that you are safe from God’s wrath. You will not be saved by the obedience of others. He destroys those who do not believe. This should make us shudder, fear, and, in the end, believe.
Practical application: