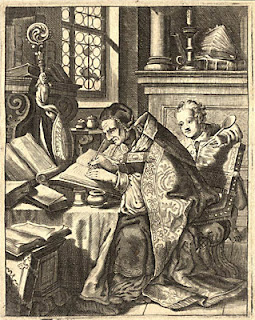 Note: This is an occasional verse-by-verse commentary on the book of Jude. Past commentaries are archived below under the tag "Jude Exposition."
Jude 1:4 For certain men have crept in unnoticed, who long ago were marked out for this condemnation, ungodly men, who turn the grace of our God into lewdness and deny the only Lord God and our Lord Jesus Christ.
In v. 3 we noted that the purpose of this letter is to defend the faith by exhorting the believers "to contend earnestly for the faith which was once for all delivered to the saints."
In v. 4, Jude warns against particular false teachers. These "certain men have crept in unnoticed." This implies that their entry into the church was by deception. Jesus warned against "false prophets, who come to you in sheep’s clothing, but inwardly they are ravenous wolves" (Matthew 7:15). Not every person who claims the name "Christian" or every group that claims the name "church" is one in reality. We must be discerning.
We should note that Jude says these ungodly men "long ago were marked out [from the Greek verb prographo, literally: "written down ahead of time"] for this condemnation." Some have seen in this verse evidence for the doctrine of reprobation. At the least, this verse tells us that God has exhaustive knowledge of the schemes of those who oppose the Gospel and that, in the end, their resistance will fail, and they will stand condemned.
What do these men teach falsely? Jude accuses them of two heresies:
First, they "turn the grace of God into lewdness." This implies that these men were antinomian (lawless) and libertines. They stressed the grace of God but omitted the discipline of God.
Second, they denied "the only Lord God [the Greek word is from despotes; literally: "Sovereign Master," the root of the English word "despot"] and our Lord Jesus Christ." What were they denying? It appears that they were denying the sovereignty of God and the status of Jesus as Lord (God) and Christ (Messiah). Jude is defending the orthodox doctrine of the Incarnation, the Word made flesh in Jesus (cf. I John 4:1-3).
In the spirit of Jude, let us resist false teachers who would justify ungodly living in the name of an unbiblical construal of grace. Let us also hold fast to the confession of Jesus as Lord and Christ.
Practical application:
1. Given the certainty of the ultimate condemnation of false teachers, what confidence should believers have as they contend for true doctrine?
2. Are you ever tempted to "turn the grace of God into lewdness"? Do you assume you can continue in sin without consequence, because God will forgive you anyway? How does Jude 1:4 challenge that notion?
Posted by Jeffrey T. Riddle at 2:41 PM