Augustine, Harmony of the Evangelists.1.33-35: "As if they were his own hands" 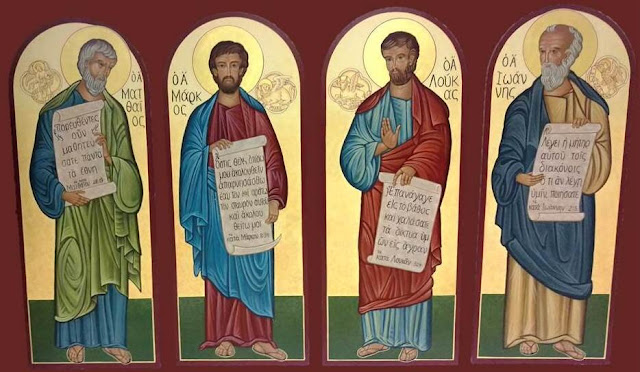 1.33: A statement in opposition to those who make the complaint that the bliss of human life has been impaired by the entrance of Christian times.

Augustine defends Christianity against critics who charge that its rise has impaired “the bliss of human life.” He makes reference to the fact that the triumph of Christianity has indeed resulted in the decline of theaters, the closing of dens of vices, and the celebrations of some sports. Only those of low character, however, would protest the diminishment of such things. Christianity has not brought about the failure of “true prosperity” but rescued society from sinking “into all that is base and hurtful.”

Nearing the end of Book 1, Augustine returns to his purpose for writing this book. He wants to show that the Gospels can be harmonized. He adds that the Gospels are sufficient, without there being any extant writings from Jesus himself. The disciples did not give a false account of his life, and Jesus was not a mere man albeit with exalted wisdom. The prophecies of the Old Testament predicted that Jesus would forbid the worship of the pagan gods. His disciples did not depart from his teaching.

1.35: Of the fact that the mystery of the Mediator was made known to those who lived in ancient times by the agency of prophecy, as it is now declared to us in the Gospel.

Augustine begins by noting that Christ himself is the wisdom of God of which the prophets spoke. Drawing on Plato’s Timaeus, he notes a distinction between things above (eternity and truth) and things below (things made and faith). Christ is the Mediator between these two realms, and between God and man. Christ is the center of faith (things made) and truth (things eternal). This mystery was spoken about by the prophets. Christ now stands as head of the body. There is no need to have anything written by Jesus, for when his disciples wrote it was as though he himself was “engaged in the act of writing.” He used the evangelists, "as if they were his own hands."

Book 1 is brought to a conclusion. Augustine responds with a final apologetic thrust against pagan critics, defending Christianity against charges of being “puritanical.” He reinforces the fact that his goal in this work is to demonstrate that the Gospels can be harmonized and that they accurately reflect the teaching of Jesus. Though we have no writings from Jesus himself, the Gospels are sufficient to convey what Jesus taught.

Labels: Augustine of Hippo, Harmony of the Evangelists