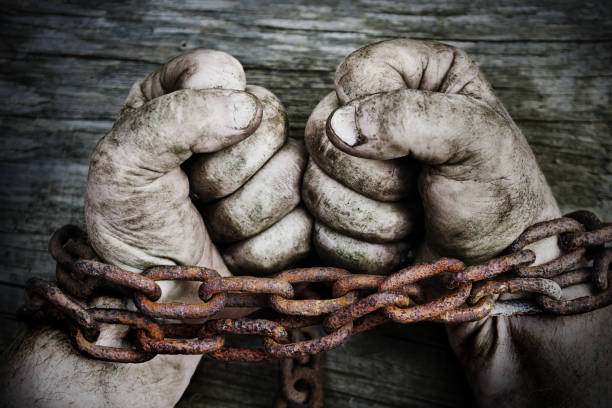 Note: Devotion taken from last Sunday's sermon on Matthew 12:22-30 (audio not yet available).

Or else how can one enter into a strong man’s house, and spoil his goods, except he first bind the strong man? And then he will spoil his house (Matthew 12:29).

Matthew records how Christ healed a demon possessed man made blind and mute by a devil (Matthew 12:22). In response, Christ was slandered by the Pharisees who said he cast out devils by Beelzebub, the prince of the devils (v. 24).

The Lord Jesus, however, rebuked the Pharisees and announced instead that he casts out devils by the Spirit of God, demonstrating that “the kingdom of God is come unto you” (v. 28).

He cinched his point in v. 29 with a one-verse parable about the necessity of binding the strong man. On the surface, it is, in fact, a rather strange parable. It ostensibly provides instructions on what you need to do if you plan to break into the house of a strong man and plunder all of his goods. So, it’s a “how-to” from the Lord Jesus on doing a home-invasion!

The basics of the instructions are this: If you want to break into a strong man’s house and “spoil his goods” and “spoil his house” you must first “bind the strong man.” You have to overcome him, overpower him, and tie him up, and make sure that he cannot move, and then you can have your way with whatever he used to possess and control.

What is his point? Christ is essentially saying is that in his first advent (his first coming) he came to do battle with Satan. In 2 Corinthians 4:4 Paul calls Satan “the god of this world” who “hath blinded the minds of them which believe not.” Even more striking is Christ’s description of his ministry in John 12:31, “Now is the judgment of this world: now shall the prince of this world be cast out.”

As the Second Adam, Christ came to begin the rollback of the power of evil. His work will have its final consummation at the end of the ages. In Revelation 20 John speaks of seeing Satan “loosed out of his prison” for a season to work mischief until the time when he is once for all “cast into the lake of fire and brimstone” (vv. 7, 10).

Psalm 110:1 says, “The Lord said unto my Lord, Sit thou at my right hand, until I make thine enemies my footstool.” Christ perfectly completed his ministry while on earth. He bound the strong man. He plundered his goods, and he set the captives free, gave sight to the blind, and voice to the voiceless. He is now seated in session at the Father’s right hand, with all enemies continuing to be brought under his feet. The spiritually blind are being given sight, and those who could not praise him are being given voice to worship him. One day he will rule over all!