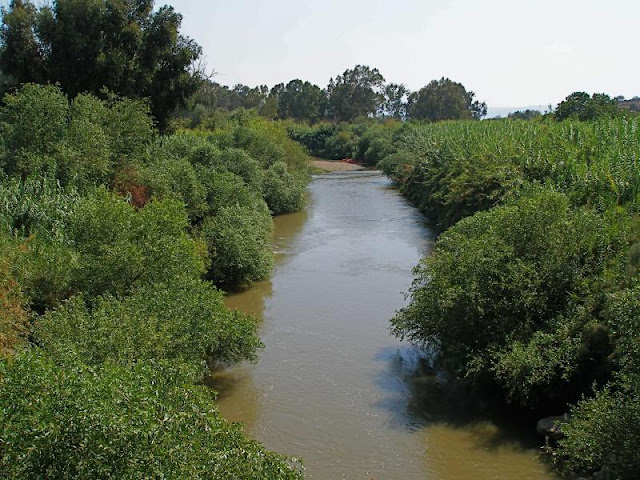 A new installment has been posted to the series on Eusebius of Caesarea’s The Ecclesiastical History: book 2, chapters 11-12 (listen here).

Eusebius here makes reference to the speech of Gamaliel in Acts 5, in which the respected teacher describes a contemporary uprising under a man named Theudas that eventually came to nothing (see Acts 5:34-36). Gamaliel’s conclusion is that if the nascent Christian movement is not of God it will come to nothing, but if it is of God one can do nothing to stop it (Acts 5:38-39).

Eusebius compares the account in Acts with that in Josephus, describing how the Roman governor Fadus sent a squad a cavalry to attack Theudas’s followers at the Jordan river and killed many, including Theudas himself.

This is a reminder of the uncertain political times in which Jesus and the apostles lived and how the Romans would have treated religious movements they saw as a threat.

Eusebius closes by making mention of the famine in Judea at the time of Claudius, recorded by Josephus and also mentioned by Luke in Acts 11. He notes Josephus’s mention of Queen Helena of the nation of Adiabene, to which, he says, monuments still exist outside Aelia (Jerusalem). This reference to Jerusalem as Aelia is a reminder of that city’s destruction by the Romans and eventual re-naming after two unsuccessful revolts (AD 66-70 and AD 132-136 [the Bar Kochba Revolt]).

Eusebius continues to use Josephus to affirm the historical reliability of Acts.

His description of Theudas is also a reminder of the volatile times in which Christianity emerged in the Roman Empire.