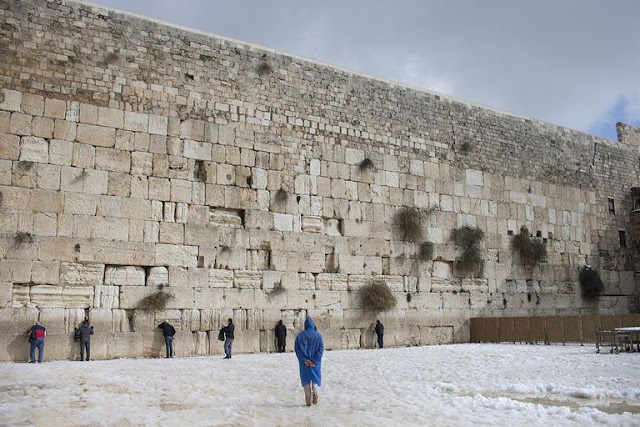 Image: Modern view of the Western or "Wailing" Wall in Jerusalem.

A new installment has been added to the series on Eusebius of Caesarea’s The Ecclesiastical History: book 2, chapters 19-20 (listen here).

Eusebius here continues to survey the history of the Jews in Palestine in the time between the ministry of Christ and the First Jewish War and he continues to rely on Josephus as a historical source.

First, in chapter 19 he reports on a riot in Jerusalem during the Passover during the reign of the Emperor Claudius in which 30,000 Jews were trampled to death. He also notes Claudius’s appointment of Herod Agrippa II as King of the Jews and Felix as the Roman governor.

Next, in chapter 20 he conveys a report from Josephus about unrest among the priests in Jerusalem at the time of Felix.

He also reports on “a certain kind of bandits” in Jerusalem who hid short daggers under the clothing and carried out daily assassinations, including that of Jonathan the High Priest.

We get a picture here of the turbulent political climate and the unrest between Jews and Romans in the first century that both sheds light on the death of Jesus but also upon the Jewish revolt against Roman rule that would break out in AD 66.