Augustine, the Manicheans, and the Text of Scripture 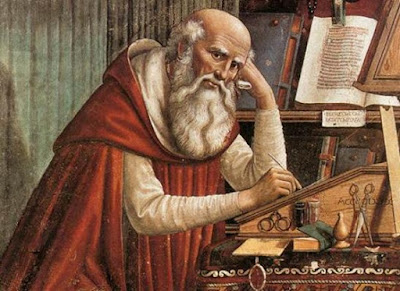 In Book V, Chapter XI of the Confessions, Augustine describes his pre-conversion days among the heterodox Manicheans. He notes, in particular, that “the things they censured in thy Scriptures I thought impossible to be defended.”

He makes reference to a Christian named Elpidus in Carthage who effectively used Scripture to refute the Manicheans:

For already the words of one Elpidus, who spoke and disputed face to face against these same Manicheans, had begun to impress me, even when I was at Carthage; because he brought things out of the Scriptures that were not easily withstood, to which their answers appeared to me feeble.

This man apparently sowed Scriptural seeds of doubt in Augustine’s mind about the Manichean system.

Augustine also notes how the Manicheans privately claimed that the Christian Scriptures had been corrupted:

His comments show that the text of Scripture was an apologetic flashpoint in Augustine’s day and that heterodox sects, like the Manichaeans, claimed not only that the orthodox text was corrupted but also that they had preserved or could reconstruct the “pure text” but, alas, they were never able to present these “uncorrupted copies [incorrupta exemplaria]” to him.