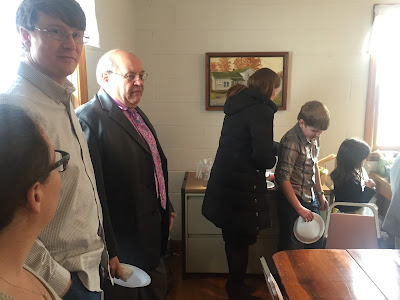 Augustine of Hippo (354-430) was an early Christian leader and theologian in North Africa. His teaching stressed the sovereignty of God in salvation and his writings deeply influenced the later Protestant Reformers, including John Calvin. Reformed theology is, in fact, often described as being “Augustinian.”

Among his many writings is one called The Confessions, a work many consider to be the first autobiography. In this book, Augustine reviews his life as part of a spiritual confession to God. The opening chapter contains Augustine’s famous prayer, “thou hast made us for thyself and restless is our heart until it comes to rest in thee” (Book I, chapter 1).

Augustine carefully describes what his life was like before his conversion. Of his student days, he recalls (in Book III, chapter 1):

I was looking for something to love, for I was in love with loving, and I hated security and a smooth way, free from snares. Within me I had a dearth of that inner food which is thyself, my God—although that dearth caused me no hunger. And I remained without any appetite for incorruptible food—not because I was already filled with it, but because the emptier I became the more I loathed it. Because of this my soul was unhealthy; and full of sores, it exuded itself forth, itching to be scratched by the scraping of the senses.

He knew the Scriptures and sometimes read them, but they made no impact upon him:

For my inflated pride was repelled by their style, nor could the sharpness of my wit penetrate their inner meaning.

By God’s grace his eyes were eventually opened. His descriptions of his life before faith is helpful for believers for at least two reasons. First, it helps us remember our lives before Christ. Second, it helps us to understand those who are apart from him.

I have also found many parallels in The Confessions and what we have been hearing in our exposition through the Gospel of John. The Lord so often works slowly and patiently in the lives of men. Let’s remember this in our concern and prayers for those who are not believers and in considering the ongoing work of sanctification among the saints.

Labels: Augustine of Hippo, The Vision 2018