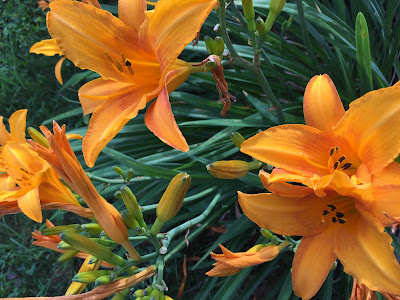 Then Jesus turned, and saw them following, and saith unto them, What seek ye? (John 1:38a).

Jesus turned to the two disciples of John the Baptist who began to follow him and asked them a question. Jesus is the great asker of questions. Men think they have questions for Jesus; let’s not forget that it is he who has questions for us. What matters is not your investigation of Jesus but his investigation of you.

In Matthew, it comes in 3:15 when Jesus says to reluctant John at his baptism: “Suffer it to be so for now: for thus it becometh us to fulfill all righteousness.”

In Mark, it comes in 1:15 when Jesus preaches, “The time is fulfilled, and the kingdom of God is at hand: repent ye, and believe the gospel.”

In Luke, it comes in 2:49 when the 12 year-old Jesus says to Mary and Joseph in the temple where they had left him, “How is it that ye sought me? Wist ye not [or, Did you not know] that I must be about my Father’s business?”

The first recorded words of the Lord in John come in a question posed to two men who begin to follow him: “What seek ye?” What are you seeking? What are you looking for?

That is a great and fundamental spiritual question. Why would any men seek to follow Christ? Are you seeking knowledge? Happiness? Prosperity? Rest? Relief? Wisdom? There are many men who begin seeking after Christ for all the wrong reason or for no purposeful reason at all. But then he is so often so very gracious in that he gives them more than they ever could have asked or imagined. He finds out seekers, even those who might be more than little misguided in their seeking.

When we lived in post-communist Hungary in the early 1990s I recall seeing a ubiquitous billboard advertising a newly opened Ikea store.  The billboard had an Ikea catalogue on one side and a red-covered book with the title Marx, Das Kapital on the other. In between the two books was the saying, in Hungarian, “Which makes your life better?” At that time, the choice was clear for most Hungarians. They had given up on communism and wanted to pursue fulfillment through Western materialism, as represented by that catalogue.

Of course, I wanted to add a third book to that billboard. The Bible. The only thing that will really make your life better is knowing the God of the Bible. John wrote this Gospel so that those who read it might come to believe that Jesus is the Christ, the Son of God, and that believing they might have life in his name (cf. John 20:31).

What are you seeking to make your life better? You will only find real satisfaction if you seek Christ and follow him.

Grace and peace, Pastor Jeff Riddle
Posted by Jeffrey T. Riddle at 10:41 AM