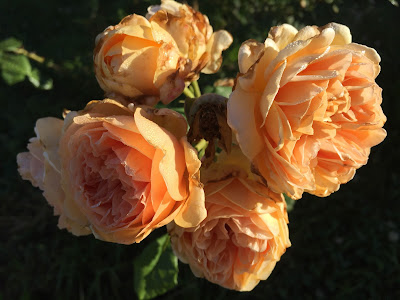 Note: This devotion taken from last Sunday's sermon on John 1:14.

And the Word was made flesh, and dwelt among us, (and we beheld his glory, the glory as of the only begotten of the Father,) full of grace and truth (John 1:14).

John 1:14 is the most important and illuminating statement of the doctrine of the incarnation in Scripture.

It begins: “And the Word was made [ginomai: to become] flesh….” The Word here, again, is the pre-existent Logos. To say that he was made flesh is to say that he became fully a man.

Calvin, however, notes that John, under the Spirit’s prompting, specifically used the word flesh (sarx) to stress the wonder of the divine condescension. So, he writes:

He intended to show to what a mean and despicable condition the Son of God, on our account, descended from the height of his heavenly glory.

When Scripture speaks of man contemptuously, it calls him flesh…. Yet the Son of God stooped so low as to take upon himself that flesh, subject to so many miseries.

Take a moment and just touch your own flesh and consider this fabulous claim: The Word was made flesh!

There were many attempts from the earliest days to deny this declaration. We see this even in the NT itself. Compare John’s references in his epistles to “antichrists” or false teachers who denied that Jesus came “in the flesh” (1 John 4:1-3; 2 John 1:7).

In modern times, many challenges to the Christian faith come from those who deny the full deity of Christ, but in the early days the more common challenge was apparently from those who denied the full humanity of Jesus.
Aside from those who simply denied that the Word took on flesh, there were other distortions that arose in early Christianity:
Apollinarius argued that Jesus had a human body but not a human soul.
Nestorius argued that Christ was two persons in one body: He was a divine person and a human person, but not one person.
Eutyches said that he was one person but that he had only one nature and that one nature was a mixture of divine and human.
A consensus emerged and was affirmed among orthodox (right-believing Christians) that the Christ was fully a man (having both a human body and soul) and that he was one person (contra Nestorius) with two distinct natures: fully God, and fully man (contra Eutyches).
This creedal consensus is reflected in our confession of faith. See chapter 8 “Of Christ the Mediator” paragraph 2 of the 1689 Baptist Confession:
The Son of God, the second person in the Holy Trinity, being very and eternal God, the brightness of the Father's glory, of one substance and equal with Him who made the world, who upholds and governs all things He has made, did, when the fullness of time was complete, take upon Him man's nature, with all the essential properties and common infirmities of it, yet without sin; being conceived by the Holy Spirit in the womb of the Virgin Mary, the Holy Spirit coming down upon her: and the power of the Most High overshadowing her; and so was made of a woman of the tribe of Judah, of the seed of Abraham and David according to the Scriptures; so that two whole, perfect, and distinct natures were inseparably joined together in one person, without conversion, composition, or confusion; which person is very God and very man, yet one Christ, the only mediator between God and man.
This is likewise taught in the Baptist catechism:
Q 25: How did Christ, being the Son of God, become man?
A: Christ, the Son of God, became man by taking to himself a true body, and a reasonable soul; being conceived by the power of the Holy Spirit in the womb of the virgin Mary, and born of her, yet without sin.
If we want to be faithful Christians, we have to get our understanding of Jesus right. We have to know who this one is to whom we are giving our lives and our allegiance. We honor Christ when we think rightly of Christ.


Grace and peace, Pastor Jeff Riddle
Posted by Jeffrey T. Riddle at 7:53 AM