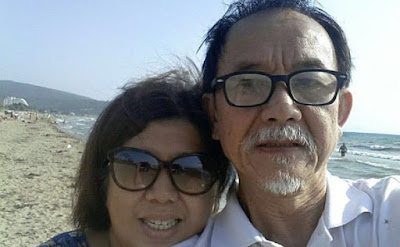 Raymond Koh, the Christian pastor and ministry leader, who was abducted on February 13 has still not been located. This article published today (3.6.17) provides an update, including this apparent video footage of his abduction, which was carried out with military precision:


The article notes the following:

Koh was a dedicated philanthropist and charity worker. He set up charity organisation Harapan Komuniti in 2004 to help single mothers, drug addicts and those suffering from HIV/AIDS.

Children are also welcome at the centre in Petaling Jaya to complete their homework after school hours and receive free English tuition.

By all accounts, Koh was a humanitarian who was committed to helping the less fortunate and the marginalised in Malaysian society.

The only controversy he courted was in 2011 when his work and affiliation with the Church attracted the attention of the Selangor Islamic Department (Jais).

A thanksgiving and fundraising dinner, organised by Koh to thank volunteers and supporters, was raided by Jais under the premise the event was being used to proselytise Muslims to Christianity, an illegal act in Malaysia. This accusation proved to be false.


We can imagine how such an event would intimidate and threaten the Christian community in Malaysia. Pray for their strength, safety, and courage.

You can also watch this video of Pastor Koh's wife recorded a few days after his abduction to see her concern and be reminded to pray for her and the Koh family:

I cross posted this, which I hope helps a little.

Wasn't it Paul who got thrown in the hoosegow and ended up converting the jailers? So, you know, maybe there's some hope here.