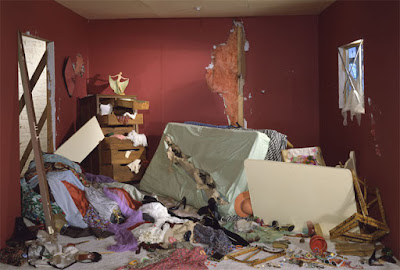 Note: Devotion taken from last Sunday's sermon on Ecclesiastes 9:13-18.
Wisdom is better than weapons of war: but one sinner destroyeth much good (Ecclesiastes 9:18).
In v. 18a, Solomon offers another summation (like that in v. 16a): “Wisdom is better than weapons of war.” This is a sentiment we have seen before in this book (cf. 7:12: “For wisdom is a defence…” and 7:19: “Wisdom strengtheth the wise…”). Godly wisdom is a better weapon to protect your life and your family than having a fire arm. It is a better weapon for a nation than nuclear arms.
David wrote:
Psalm 20:7 Some trust in chariots, and some in horses: but we will remember the name of the Lord our God.
The passage ends with a challenging and contrasting statement. The pursuit of wisdom is a blessing to a man, but sin is corrosive. One sin will ruin a man. And one sinner can do much damage. That is expressed in v. 18b: “but one sinner destroyeth much good.”
We can think of this on the cosmic scale: Look at what the sin of Adam did to humanity. Compare:

Romans 5:12: Wherefore, as by one one sin entered into the world, and death by sin; and so death passed upon all men, for that all have sinned:

And we can think of this on the lower, more ordinary scale.

One sinner can do damage to his fellow man. That migtht be the drunk driver who takes innocent life. The thief who steals. The murderer who kills. The liar who bears false witness.

In a family one sinner can destroy much good. A husband or wife can abandon covenant responsibilities in the name of personal "happiness" and innocent lives can be scarred and broken.

In a church one sinner can destroy much good. Sadly, I have seen one malcontent sometime be able to stir up dissent and disagreement where none existed. Consider:
Proverbs 16:28 A froward man soweth strife: and a whisperer separateth chief friends.
This can happen not only through gossip and talebearing but also in the spreading of doctrinal heresy. Compare:
Matthew 7:15 Beware of false prophets, which come to you in sheep's clothing, but inwardly they are ravening wolves.
Acts 20:28 Take heed therefore unto yourselves, and to all the flock, over the which the Holy Ghost hath made you overseers, to feed the church of God, which he hath purchased with his own blood. 29  For I know this, that after my departing shall grievous wolves enter in among you, not sparing the flock. 30 Also of your own selves shall men arise, speaking perverse things, to draw away disciples after them.
Look at what the sin of Achan did to Israel of old (Joshua 7).
Look at the trouble which Diotrophes, who loved to have the “preeminence,” caused among the brethren to whom John wrote (3 John 1:9).
Truly one sinner can destroy much good.
Think of a room that has been fixed up. The walls painted. New carpet put down. Pictures hung. New furniture set in place. And allow one person bent on destruction to have five minutes in that space, and he can tear apart what others took hours to accomplish.
Solomon is exhorting here: Be a man who holds the weapon of wisdom and do not be a sinner bent on destroying much good.

Grace and peace, Pastor Jeff Riddle
Posted by Jeffrey T. Riddle at 10:50 AM