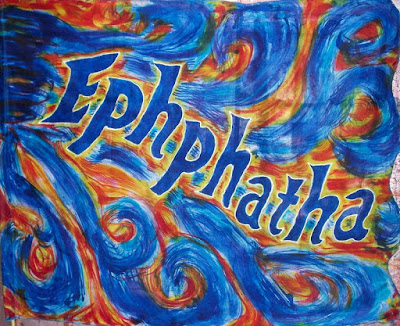 One of the distinctive features of the Gospel of Mark is its attribution of several Aramaic phrases to Jesus:

1.    Some have argued that the use of these Aramaic phrases demonstrates Mark’s primitive nature (i.e., that it is the earliest of the Synoptic Gospels). This, however, is not necessarily the case. It could be that, regardless of any literary relationship to the other Gospels, for some unknown reason Mark took more care in preserving and recording these words and phrases from Jesus, as preserved in early Christian tradition.

2.    Though Mark includes these Aramaic phrases, he also includes a translation. Though his audience might include Greek and Aramaic speaking Jewish Christians who would understand these phrases, it also includes Hellenistic Jews and/or Gentiles who would only have known Greek and not Aramaic, and who needed translation, but who still might have been curious about Jesus’ words.

3.    These statements indicate that Jesus spoke Aramaic as his native language. This would be consistent with Jesus being, according to the flesh, a Palestinian homeland Jew of the first century. He knew how to read the Old Testament in Hebrew (cf. Luke 4:16-20). He may also have spoken Greek or Latin to a greater or lesser degree.