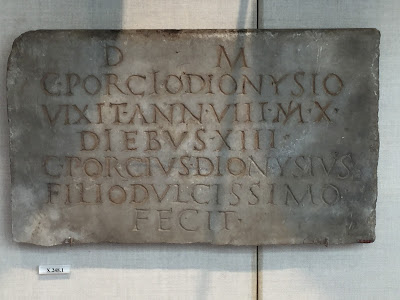 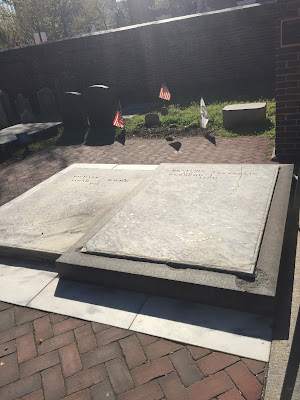 And as it is appointed unto men once to die, but after this the judgment (Hebrews 9:27)

We are left in the end to ponder this verse.  It is appointed unto men once to die.  Some obsess over and distort the Lord’s appointment of the time of our deaths.  Have you heard someone say things like, “Well, I guess his number was up”?  God is sovereign over all and he knows the time of our death, but that misses the point here.  He knows the end from the beginning.

We have a simple and solemn reminder that we will die.  It is a universal reality for all men and has been since the fall.

My family took a trip to New York City last week and we visited the Metropolitan Museum of Art where I had the opportunity to walk through part of the Greek and Roman exhibition.  Some of the pieces I saw were ancient funerary art.  One that stood out was a marble grave marker for a young boy placed there by his father in the 1-2 century A. D.  It reads:

As we drove home we also stopped off in Philadelphia and visited Christ Church and its burial ground where Benjamin Franklin was laid to rest in 1790 after 84 years of earthly life having gained great fame among men.  Washington said of him that he was “venerated for benevolence, admired for talents, esteemed for patriotism, beloved for philanthropy.”

All men die.  From little boys to old men.  From obscure men to famous men.

It is appointed unto men once to die.  Paul said:

1 Timothy 6:7 For we brought nothing into this world, and it is certain we can carry nothing out.

But what happens afterward?

Scripture says that after death there is a krisis, a judgment.

What are the standards for this judgment?  Jesus teaches us those standards:

So, the question is:  Have you confessed Christ or have you denied Christ?

Grace and peace, Pastor Jeff Riddle
Posted by Jeffrey T. Riddle at 8:00 AM