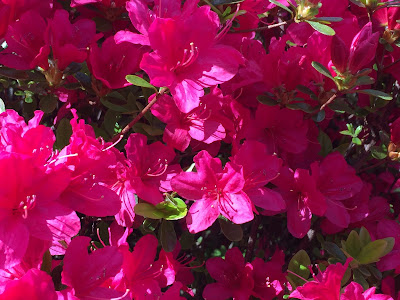 And almost all things are by the law purged with blood; and without shedding of blood is no remission (Hebrews 9:22).

We are left to ponder the scandal of a crucified Christ, who not only died on the cross but whose blood was also poured out there for the remission of our sins.

This has long been an offense.

In 1 Corinthians 1 Paul could speak about the preaching of the cross as foolishness to the Greeks and a stumbling block to the Jews.

It was an offense to the early Gnostic heretic Marcion, who wanted a more sophisticated, non-Jewish religion.  David L. Dungan notes that Marcion claimed Jesus “had not been crucified. The mob of Jews mistakenly crucified someone else (possibly Simon of Cyrene) and ignorant Christian writers got the truth completely garbled…..” (History of the Synoptic Problem, p. 48).

This denial was taken up by Moahmmed in the Koran (Surah IV):

And for their saying, “Verily we have slain the Messiah, Jesus the son of Mary, an apostle of God.”  Yet they slew him not, and they crucified him not, but they had only his likeness.

But the Scriptures still stand bearing witness that without the shedding of blood there is no remission.  It is not an accident of history that Christ was crucified and that his blood was shed.  It is not an embarrassment.  It was the perfecting of the new covenant.  It could not have happened any other way.  This was the signature work as the Mediator of the New Testament.

Grace and peace, Pastor Jeff Riddle
Posted by Jeffrey T. Riddle at 8:11 AM