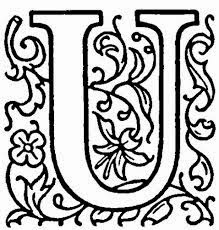 Note:  I preached last Sunday in Lynchburg on "Unconditional Election" in our Doctrines of Grace series.   Since I didn't get that sermon recorded, today I posted a podcast that covers the same teaching material.  Below are nine objections or queries challenging the doctrine of unconditional election that I mention in the message:

1.       Does election in the Bible refer to God’s election of individuals to salvation or to something else?

This question often takes one of three forms:

First, some might ask, “Could passages that speak of God’s choosing refer to the election of nations or groups and not to individuals?”

Response:  Scripture clearly assumes God’s sovereignty extends not merely over corporate bodies but also over individuals (see Prov 16:9; Psalm 139:16; Matt 10:30).  Paul says in Ephesians 1:4 “he chose us.”  He was writing to a specific group (the saints at Ephesus in 1:1), not a generic or hypothetical audience.  We should also not forget that groups and nations consist of individuals. It seems odd that some evangelicals who stress the importance of personal evangelism or “soul-winning” will make appeal to this argument, avoiding the most natural interpretation of the texts cited above.  God chooses individuals for salvation!

Second, some might ask, “Could these passages refer to God’s election (choosing) of Christ?”

Response:  Although it is clear that Christ, as the second person of the Godhead is appointed in the secret counsel of God to the work of incarnation and redemption according to the covenant of redemption, the language of election is applied repeatedly and specifically in Scripture to the people who are to be redeemed.

Third, some might ask, “Could these passages refer to God’s election of believers to sanctification and not to salvation?”   In this regard, particular appeal is often made to Romans 8:29 which speaks of believers being “predestined to be conformed to the image of His Son.”

2.      Does election mean that God’s choice of those who will be saved is merely random?

Some critics have falsely described the doctrines of grace as a version of the children’s game:  “Duck, Duck, Goose!” with the God of Calvinism making it “Duck, Duck, Damned!”  Scripture affirms, however, that God’s choices are never arbitrary.  God’s election is according to his own mysterious purposes and counsels.  Indeed, these are often hidden from us, but all his decisions tend toward the end of God’s own ultimate glory.  The Lord spoke through the prophet Isaiah, saying, “‘For my thoughts are not your thoughts, nor are your ways my ways,’ says the Lord.  ‘For as the heavens are higher than the earth, so are my ways higher than your ways, And my thoughts than your thoughts’” (Isa 55:8-9).  The pagan king Nebuchadnezzar, after being humbled by God, likewise affirmed, “All the inhabitants of the earth are reputed as nothing; He does according to His will in the army of heaven and among the inhabitants of the earth.  No one can restrain His hand or say to him, ‘What have you done?’” (Daniel 4:35).

3.      Could it be that God simply foreknows those who will freely choose Christ and then elects them?

First, note that Romans 9:11 specifies that the election of Jacob and Esau was not according to their future actions.  Romans 8:29 (“For whom he foreknew, he also predestined…”) is often cited  by those who suggest the “foreknowledge” explanation of election.  In response, the point needs to be made that “foreknowledge” does not merely refer to awareness of future factual events but to relationships.  The Bible often speaks of a man “knowing” a woman (e.g. Gen 4:1:  “Now Adam knew Eve his wife….).  This does not mean that he possesses factual information about her actions, but that he has an intimate relationship with her.  It is this understanding of “knowledge” that should guide the interpretation of Romans 8:29.


Finally, the “foreknowledge explanation” really does not solve the problem of divine responsibility.  If God foreknows that some will believe in Christ while other will reject Christ, why does he not alter circumstances so that those who reject him will instead respond in faith to Christ?  The responsibility for salvation remains firmly with God alone.

There are at least two views on this question.


The second position is to argue that God is active in electing the saved but passive in allowing the wicked to persist in their sinfulness (see Rom 1:24; Eph 4:17-19).  Those who reject Christ are not actively damned by God, but they are passed over and left in their self-chosen sin.  This view is generally reflected in the major Reformation era confessions and their successors.  The Second London Baptist Confession (1689), for example, states that some are predestined to eternal life to the praise of his glorious grace while “others being left to act in their sin to their just condemnation to the praise of his glorious justice.”


It is also certain that God is glorified in both the damned and the saved.  Those who are unsaved are the fit objects of God’s wrath and glorify God’s justice for eternity.  The saved, however, glorify both the justice of God, as their sins have been laid upon Christ, and his gracious mercy in saving them through no merit of their own.

5.  Is this doctrine unfair?

Those who raise this question usually do so on the basis of two false assumptions.  On one hand, they assume that there are people who want to be saved who are not saved, simply because God did not choose them.  This view does not take seriously the damage that sin has done to the spiritual life of mankind.  No sinner wants to be saved unless God first changes his heart.  Paul notes that apart from God’s grace “there is none who seeks after God” (Romans 3:11).


On the other hand, some suggest that the doctrine of election means there are people who do not want to be saved, who are saved.  Again, such a hypothetical person does not exist.  No one is pulled kicking and screaming into the kingdom.  Once a sinner experiences the new birth he gladly trusts and follows after Christ.


The apostle Paul anticipated the charge of unfairness in Romans 9:14:  “What shall we say then?  Is there unrighteousness with God?  Certainly not!”  Paul reminds his readers that God is sovereign, having mercy and compassion on whomever he will (see Rom 9:15).  Likewise in Romans 9:19, Paul anticipates the objections of some:  “You will say to me then, ‘Why does He still find fault?  For who has resisted His will?”  Paul then silences the critics with these words:  “But indeed, O man, who are you to reply against God?  Will the thing formed say to Him who formed it, ‘Why have you made me like this?”’ (v. 20).


The problem with the fairness argument is that it places a human view of justice above the revelation of God’s sovereignty.  Scripture affirms the Godhood of God.  Whatever God chooses to do is by definition the very standard of everything that is good, right, just, and true.  Once more look at the words of Nebuchadnezzar:  “No one can restrain His hand or say to Him, ‘What have you done?’” (Dan 4:35).

6.      What about human responsibility?

The doctrine of election is not inconsistent with human responsibility.  The Second London Baptist Confession notes that God decrees “whatsoever comes to pass; yet so as thereby God is neither the author of sin nor hath fellowship with any therein; nor is violence offered to the will of the creature….”  Those who are not saved are completely responsible for their own end.  The wicked pay the due penalty for their sin.  No one in hell will protest that God has treated him unfairly.  The sinner is responsible for his own sin and his own rejection of Christ.


On the other hand, those whom God chooses to save have their sinful will renewed.  Those who are saved must repent and believe in the Lord Jesus Christ.  Without repentance and faith they will not be saved.  They respond in faith to Christ knowing that God alone deserves all praise for their salvation.

7.      Couldn’t God intentionally limit his will and then choose men for salvation conditioned on their free will choice of him?

First, this is essentially a philosophical argument rather than a Biblical argument.  Where in Scripture do we read of God’s self-limitation with regard to salvation?  Where in the Bible do we find the framework for this theory?

Second, this view again errs in its overly optimistic view of man’s free will.  It assumes that sinful, unregenerate man is seeking to know, trust, and worship the God of the Bible.  Scripture notes that no man, in his current sinful condition, will freely choose to bend the knee before the God of the Bible and his Christ.  As a proverb in 1 Samuel 24:13 puts it, “wickedness proceeds from the wicked.”

8.      Does this doctrine create pride and elitism in those who believe they are among the elect?

This is certainly possible.  Pride is a perennial and fundamental sin in all men.  The doctrine of election properly understood, however, does little to promote pride in those who embrace it.  The believer who affirms this doctrine understands that he was not saved because of any merit in himself, but purely through the grace of God.  He was not more intelligent, more spiritual, or more upright than other men.  He was simply the object of Christ’s affection through no merit of his own.  A right understanding of this doctrine deposes pride and develops humility in the Christian’s heart.

9.      Will this doctrine dull our zeal for evangelism?

Scripture teaches that God not only ordains the recipients of salvation in election, but he also ordains the means for their salvation.  In Romans 10:14-15 Paul gave this charge to preach the gospel:


15 And how shall they preach unless they are sent? As it is written: “How beautiful are the feet of those who preach the gospel of peace, Who bring glad tidings of good things!”

The apostle then adds:  “So then faith comes by hearing, and hearing by the word of God” (Rom 10:17).  All those who are chosen for salvation must have the gospel preached to them, so that they might hear and believe in Christ.  The orchestration and coordination of this is in God’s hands.  We do not know who will respond to the gospel.  We do not choose who will be saved.  We discover those whom God has chosen as we watch the elect respond in faith to gospel preaching.


In the Great Commission (Matthew 28:19-20), Christ ordered his disciples to go and make disciples of all nations, baptizing them in the name of the triune God, and teaching them to obey all of the Lord’s commandments. The doctrine of election, far from quenching zeal for evangelism, gives us great confidence and boldness that we will be successful in this task.  If we preach Christ, God will draw all kinds of men to himself (see John 12:32).  The greatest cross-cultural missionaries in the evangelical world have been those who held to these doctrines, starting with William Carey, the father of the modern missions movement.
Posted by Jeffrey T. Riddle at 2:43 PM