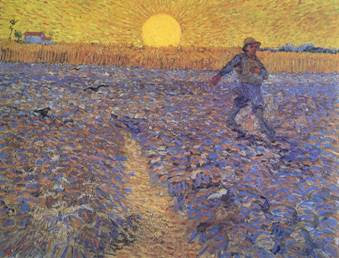 In Iain Murray’s new biography of John MacArthur (Banner of Truth, 2011), he describes how MacArthur’s theology of evangelism and discipleship began to change during the early years of his ministry. Most significantly MacArthur began to rethink many of the pragmatic “easy-believism” evangelistic efforts of the times that had produced many who had made professions of faith but who later showed little evidence of a change of life and fruitfulness. MacArthur began to challenge the notion that one could have Jesus as “Savior” but not as “Lord.” He expressed his views in a 1988 book titled The Gospel According to Jesus, and it led to what is sometimes called the “Lordship controversy.”
In this discussion, Murray shares an anecdote from early in MacArthur’s ministry, as recounted in The Gospel According to Jesus. He once met a stranger who sat next to him on a plane trip. The man noticed MacArthur was reading a Bible and said to him, “Excuse me, you wouldn’t know how I could have a personal relationship with Jesus Christ, would you?” Amazed at this open door, MacArthur eagerly shared the gospel and asked the man if he would like to receive Christ as his personal Savior. The man replied, “I’d like to do that.” They prayed together and within a month the man had been baptized. MacArthur then explained, “I was excited about what had happened and eager to follow him up in discipleship. After a short time, however, he broke off contact with me. I recently discovered he has no continuing interest in the things of Christ” (see Murray, pp. 73-74).
The story reminded me of Jesus’ parable of the soils (see Matthew 13:1-23). In that parable the Sower sows the seed of the word on four types of soil. There is the hardened path of the wayside where the seed is quickly gobbled up, the shallow soil of the stony places where the seed sprouts up but is then scorched by the sun, and the thorny soil where the sprout is soon choked by “the care of this world” (v. 22). Finally, there is the good ground where the seed grows and bears fruit. Jesus explains that this good soil “is he that heareth the word, and understandeth it; which also beareth fruit, and bringeth forth” (v. 23).
How do we know if we are truly saved? We know we are saved when we see Jesus exercising his Lordship in our lives. As one has said, good works are not the root of our faith, but they are the fruit of our faith. In another place in Matthew the evangelist records that Jesus taught, “he that endureth to the end shall be saved” (10:22). May we continue to persevere under the Lordship of Christ, bearing fruit for the kingdom.
Grace and peace, Pastor Jeff Riddle
Posted by Jeffrey T. Riddle at 7:18 AM

What a very sad predicament. Not knowing if one is saved until he endures until the end of life.

It amazes me that some would declare the whole of Christendom unsaved because of a lack of "visible fruit". It takes much more than a seed to produce fruit. It takes depth of earth, nutrient soil, sufficient water, sunlight, and time.


Lordship Salvation is not the cure, but the problem.

Thanks for your comment though we obviously are not in agreement.

You would also have problems with many other warnings such as 1 Corinthians 10:12: Wherefore let him that thinketh he standeth take heed lest he fall." And with Peter's warning in 2 Peter 1:10 to "give diligence to make your calling and election sure."

If by "the whole of Christendom" you mean the whole mass of those who nominally profess to be Christians (whether Catholic, Orthodox, or Protestant) but who show now evidence of regneration, then I have no problem in saying that there are serious questions about whether they are in the faith. Again, your beef seems to primarily with our Lord himself who taught "strait is the gate, and narrow is the way, which leadeth unto life, and few there be that find it" and "Ye shall know them by their fruit" and "Not everyone that sayeth unto me Lord, Lord, shall enter into the kindom of heaven; but he that doeth the will of my Father which is in heaven" (Matthew 7:14, 16, 21).

I would ask you to meditate upon these verses.