Wider Applications of the Ninth Commandment 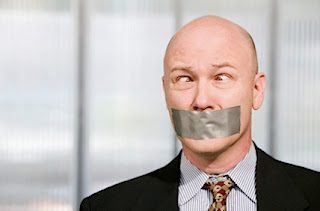 Below are my notes from last Lord's Day afternoon's sermon outlining six "wider" applications of the Ninth Commandment forbidding false witness against one's neighbor:
1. It forbids falsehood in our speech generally (lying).
This includes everything from outright lies to exaggeration.
2. It forbids slander.
Slander is malicious speech against our neighbor in order intentionally to ruin his character and reputation.
Some quotes from Thomas Watson:
“The scorpion carries his poison in his tail, the slanderer carries his poison in his tongue.”
“The wounds of the tongue no physician can heal; and to pretend friendship to a man, and slander him is most odious.”
“As it is a sin to raise a false report of another, so it is to receive a false report of another before we have examined it.”
“We must not only not raise a false report, but not take it up. He that raises a slander, carries the devil in his tongue; and he that receives it carries the devil in his ear.”
“The slanderer wounds three at once: he wounds him that is slandered; he wounds him to whom he reports the slander, by causing uncharitable thoughts to arise up in his mind against the party slandered; and he wounds his own soul, by reporting of another what is false.”
He concludes, “You may kill a man in his name as well as in his person.”
3. It forbids even sharing things that might have some truth in them if we do so uncharitably and indiscreetly:
Pink says we violate this commandment “even when we speak the truth, if we speak it unnecessarily and from improper motive.” He quotes John Dick:
“We injure the character of our neighbor when we retail his real faults without any call to divulge them, when we relate them to those who have no right to know them, and when we tell them not to promote any good end but to make him lose his estimation in society.”
4. It also forbids failing to speak up on behalf of a person who is unjustly attacked.
John Dick: “Nay, we transgress this precept when we do not speak at all, for by holding our peace when something is injurious is said of another we tacitly give our assent by concealing what we know to the contrary.”
Watson: “A man may wrong another as well by silence as by slander, when he knows him to be wrongfully accused, yet does not speak in his behalf.”
5. It forbids flattery.
If slander is saying false things negatively about your neighbor, flattery is saying false things positively in order to manipulate or win the good graces of your neighbor.
6. It forbids rumor-mongering, tale bearing, and gossip:
I remember when we were living in Eastern Europe that rumor and gossip were rampant. There was a shampoo being advertised and the rumor was that if you used this shampoo your hair would fall out. It was completely false, but it ruined the sales of the product, and it has to be withdrawn from the market.
Compare:
Leviticus 19:16 'You shall not go about as a talebearer among your people; nor shall you take a stand against the life of your neighbor: I am the LORD.
Proverbs 11:13 A talebearer reveals secrets, But he who is of a faithful spirit conceals a matter.
Proverbs 20:19 He who goes about as a talebearer reveals secrets; Therefore do not associate with one who flatters with his lips.
Proverbs 26:20 Where there is no wood, the fire goes out; And where there is no talebearer, strife ceases.
JTR
Posted by Jeffrey T. Riddle at 10:48 AM