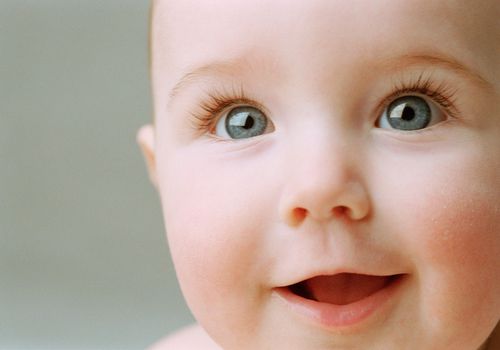 Note: Devotion taken from last Sunday's sermon on Matthew 11:25-27 (audio not yet posted).

At that time Jesus answered and said, I thank thee, O Father, Lord of heaven and earth, because thou hast hid these things from the wise and prudent, and hast revealed them unto babes (Matthew 11:25).

Here is a record of a spontaneous prayer of Christ. He provides a model of constant prayer (cf. 1 Thess 5:17). It is a prayer of thanksgiving, addressed to God the Father. It is a prayer that praises the Father for the wisdom of the mystery of his plan of salvation:

Why does Christ give thanks to the Father? “Because thou hast hid these things from the wise and prudent, and hast revealed them unto babes” (v. 25b).

Consider the implications of this statement. There are some people from whom certain things are hidden (apokrypto, the root for “cryptic”). They cannot see them, understand them, discern them. The apostle Paul speaks about the natural man, in distinction from the spiritual man, who cannot discern spiritual things (1 Corinthians 2:14) and of those from whom the gospel is hid because of their spiritual blindness (2 Corinthians 4:3-4).

On the other hand, there are those to whom God “hast revealed (apokalypto)” “these things.” In Ephesians 1:18 Paul makes reference to “the eyes of your understanding being enlightened.” As John Newton put it in his celebrated hymn, “I once was blind, but now I see.”

Notice the descriptions of the two groups. First, those to whom these things are hidden are described as being “wise (sophoi) and prudent (synetoi: intelligent, wise, with good sense).” There is, no doubt, irony in Christ’s words. These are not men, who, in fact, are truly wise, for the fear of the Lord is the beginning of wisdom. But they think themselves wise or are esteemed as wise and prudent (cf. 1 Corinthians 1:19-20).

Second, there are those to whom God has revealed these things. How are they described? They are “babes”; they are mere infants. Notice how stark is the contrast. The wise and prudent on one side and newborn babies on the other.

Can you think of anyone who is more vulnerable, more dependent, and less capable of self-care and self-provision than an infant? Literally everything has to be done for an infant. He has to be fed, given drink, held, changed, clothed.

Can you imagine a parent saying to an infant?: “Hey, I’m about the leave the house. Listen, while I’m gone, make up the beds, clean your room, do the laundry, and have dinner on the table by the time I get back.”

God has revealed the gospel to those who were incapable of grasping it on their own (cf. 1 Corinthians 1:27-29)!

The point: God in his wisdom revealed his Son to those who were as incapable of doing this for themselves as infants and hid it from those who were held to be wise, so that he alone might gain the maximum glory.