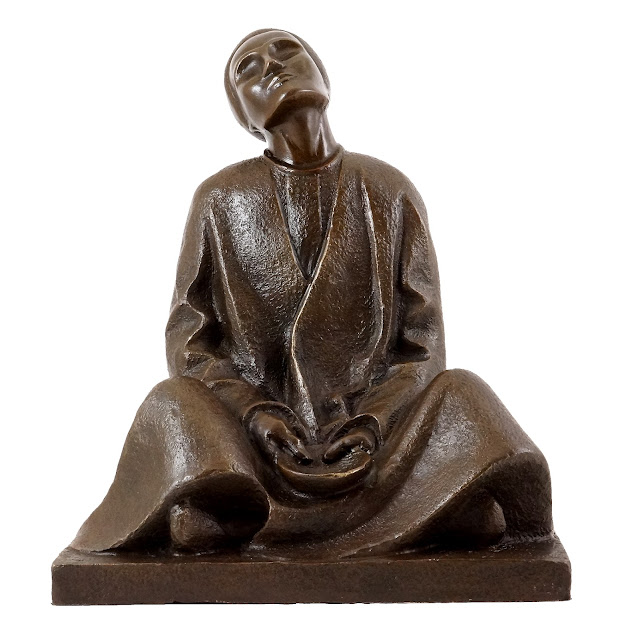 And when Jesus departed thence, two blind men followed him, crying, and saying, Thou Son of David, have mercy on us (Matthew 9:27).

What is the significance of the title “Son of David” which the blind men give to Christ as they call out to him for mercy?

Underneath this title, there is also a Messianic hope. A promise was made to David by the Lord in 2 Samuel 7 that from his seed would come one whose kingdom and throne would be established forever.

Later, the prophets, especially Isaiah, also spoke about this coming king, this “anointed one” (that’s what Messiah or Christ means) and what he would do. Compare (emphasis added):

Isaiah 29:18 And in that day shall the deaf hear the words of the book, and the eyes of the blind shall see out of obscurity, and out of darkness.

Isaiah 35:5 Then the eyes of the blind shall be opened, and the ears of the deaf shall be unstopped.

And especially Isaiah 42 which describes the servant whom Christ will send “ To open the blind eyes, to bring out the prisoners from the prison, and them that sit in darkness out of the prison house” (v. 7).

It is against this backdrop that we are to understand these wretched men calling out to Christ as the Son of David and pleading with him for mercy. It has been said that grace is when we get what we do not deserve. And mercy is when we do not get what we do deserve.

These sinful men deserved something far worse than blindness for their sin. They deserved death (Rom 6:23), but in crying out to the Lord Jesus as the Son of David for mercy they were asking him to show that he is the Messiah, to demonstrate his divine mercy toward them, by opening their blinded eyes.

The lingering question is this: What is your response to Christ? Do you believe that he is the Christ, the Son of David, the Son of God? And believing do you have life in his name (cf. John 20:31)?

Are your eyes open to see the truth of Christ?

Thanks so much for this devotion, Pr Riddle. And thanks be to God for opening my eyes and yet does continue to help me see by continuing His work of sanctifying refraction(optics joke/truth lol couldn't help myself. I've been an optician for a while).

So glad you found this helpful Zach. "Sanctifying refraction"--I like it!