The Vision (10.1.21): Liberation for those who live among the tombs 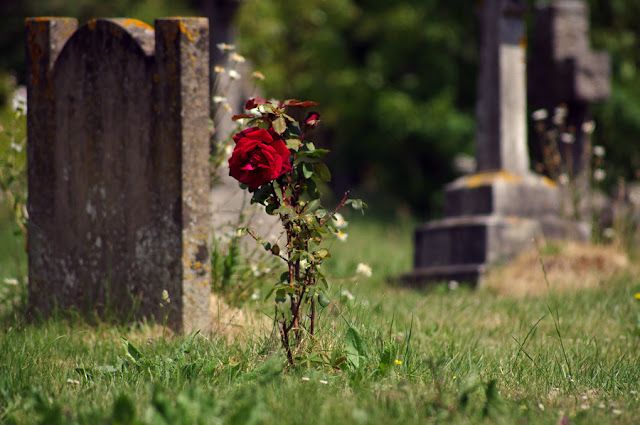 Matthew 8:28: And when he was come to the other side into the country of the Gergesenes, there met him two possessed with devils, coming out of the tombs, exceeding fierce, so that no man might pass by that way.

Christ arrives in “the country of the Gergasenes.” The geography of this place has some uncertainty among modern historians. In Mark and Luke it is referred to as the country of the Gadarenes (Mark 5:1; Luke 8:27). At least one Study Bible suggested the site to be near a modern village called Khersa, because ancient tombs are still found there, and the shoreline descends steeply into the sea (MacAthur’s Study Bible).

Matthew alone tells us that Christ met in this place two men there who were possessed with devils. Mark and Luke only mention Christ’s dialogue with one of these. Some have suggested that one of them was dominant over the other and served as the spokesmen for the two.

Notice three things about these men:

First: They were “coming out of the tombs.” Not only had they likely been ostracized, but they had also gravitated toward this place, probably because of their fascination with death and with the dead. They were, in fact, spiritually dead. Cf. Paul’s description of the Ephesian believers before their conversion: “And you hath he quickened, who were dead in trespasses and sins” (Ephesians 2:1).

Second: They were “exceeding fierce.” The word for “fierce” is chalepos, meaning “hard to deal with, violent, dangerous.”

Third: Matthew says, “so that no man passed by that way.” This tells us they were so intimidating that no one wanted to be anywhere near them. These are the type of guys you would not want to run into while walking down a dark alley.

These descriptions tell us the personal and social degradation of these men brought about by their spiritual deadness and oppression. Though I believe that demonic possession was an extra-ordinary phenomenon permitted by the Lord at the time of Christ and the apostles in order for Christ to demonstrate his power, ordinary sin has these effects even in typical circumstances.

Sin sends men to the tombs and often results in a morbid fascination with death. This is often evident in those who turn to the occult. It makes men angry, fierce, and unsociable. It makes men hostile and intimidating to others. Sin isolates, endangers, and threatens.

Both Mark and Luke describe the change that takes place in these men once Christ liberated them. The townsmen found the spokesman “sitting, and clothed, and in his right mind” (Mark 5:15; cf. Luke 8:35). Just as Christ could still the storm on the Sea of Galilee and brings about “great calm” (Mark 8:26), so he brings peace to troubled sinners. There is hope for those who dwell among the tombs.