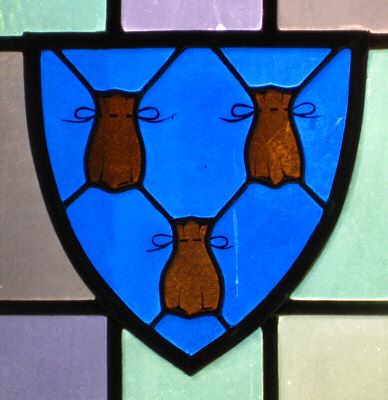 And as Jesus passed forth from thence, he saw a man, named Matthew, sitting at the receipt of custom: and he saith unto him, Follow me. And he arose, and followed him (Matthew 9:9).

The account of Matthew’s call begins with a subtle emphasis upon the initiative of Christ. The conversion of every believer, we might say could start with the phrase, “And as Jesus passed forth from thence, he saw a man….” In John 1, we read that Christ told Nathanael, “when thou was under the fig tree, I saw thee” (v. 48b). We might well paraphrase 1 John 4:19 as, “We saw him, because he first saw us.”

The man’s name was Matthew. This name was taken from the Hebrew meaning, “Gift of Jehovah.” This would be the equivalent to the English name “Theodore.” Like many Jews of the first century, we know Matthew had more than one name, as he was also called Levi (cf. Mark 2:14; Luke 5:27).

Mark 2:14 adds that he was “the son of Alpheus” (literally “of Alpheus”). This means he was likely the brother of another disciple, “James the son of Alpheus” (Matt 10:3), and we have yet another set of brothers among the twelve (with Simon and Andrew, and James and John).

One commentary observes, “Tax collectors were among the most despised persons in this society.” This was true for at least three reasons:

First, it was common for those who collected taxes to practice extortion. They overcharged and enriched themselves (cf. Zacchaeus in Luke 19:2, 8).

Third, they were looked down upon because their profession was deemed to be one that led them to sin by transgressing the law of God, making them unclean sinners (cf. Matthew (10-11).

The Lord Jesus approached such as man as this and said to him two words, “Follow me.” This is the classic call to discipleship (cf. Matt 4:19; 8:22). Christ not only sees a man, but he summons a man to come after him.

Finally, at the end of v. 9 we see Matthew’s response: “And he arose, and followed him.” Immediate and glad obedience to the command of Christ is a mark of genuine and authentic discipleship (cf. Matt 4:20, 22). Every parent knows that delayed obedience is disobedience. We show that we love Christ by our obedience (cf. John 14:15; 15:14).

One last interesting fact. When Matthew lists the twelve in Matthew 10, he adds in v. 3 this identification to his own name: “Matthew the publican.” He is the only Gospel writer to include that detail when listing the twelve (cf. Mark 3:18; Luke 6:15; Acts 1:13). Matthew was not ashamed that he had been a publican when called to follow Christ. In fact, he gloried in it, because he knew it exalted the glory of Christ.

As has been said of Paul, we might say of Matthew: He never got over the fact that he was saved. So is every sinner saved by God’s free grace.