Chadwick on the origins of the term "pagan": "rustic" or "civilian"? 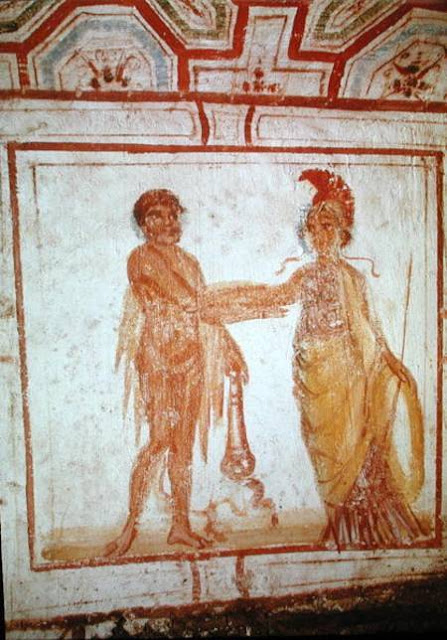 It has been my usual custom when teaching about early Christianity and making a reference to non-Christians as “pagans” to take a second to explain that this term comes from the Latin word paganus, meaning a rustic or country-dweller and that this term had come to refer to non-Christians after the faith spread to the cities and towns of the ancient world, and the only ones who still practiced the old pre-Christian religions were those who lived in the unreached countryside.

Recently, however, when reading Henry Chadwick’s The Early Church (Pelican, 1967, Penguin reprint 1990) I came across this footnote on the word “pagan” (p. 152):

“The term ‘paganus’ to describe a non-Christian first appears in two Latin inscriptions of the early fourth century. It remained a colloquialism, and did not penetrate Bible or liturgy. In secular usage it had two meanings (1) ‘rustic’, and (2) ‘civilian’ as opposed to military. Orosius … writing in 417 thought the Christian usage explained by the fact that the countryside was still heathen after the towns had become Christian. But this was not the situation as early as 300. Therefore the correct explanation is probably that the ‘pagans’ were those who had not by baptism become soldiers of Christ and so were non-combatants in the conflict with the evil powers. In the East the Christian word for non-Christians was ‘Hellene’.”