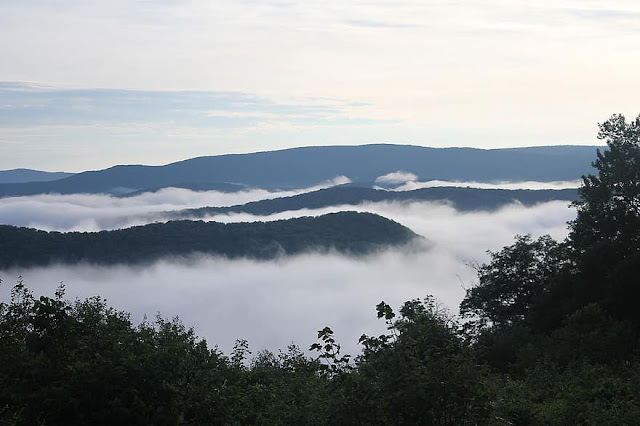 Whereas ye know not what shall be on the morrow. For what is your life? It is even a vapour, that appeareth for a little time, and then vanisheth away (James 4:14).

I am glad to be a Christian, because we get to ask the ultimate questions of life, as James poses it here: “For what is your life?”

He begins to answer that question by stressing the brevity and fragility of life. James says that life is like a vapor that appears for a little time and then vanishes away. Where we live close to the mountains it is not unusual to wake up in the early morning to find a hazy vapor hanging low in the air, which soon disappears as the sun rises. James says that life is like this. It is brief. It is fleeting. It is fragile.

A similar point had been made earlier in his warning to the rich in 1:10-11 where the brevity of life was compared to the flower of the grass that soon passes away (cf. Isaiah 40:6-8).

There are many other places in the Old Testament, in particular, where this point is made. One of the most vivid is Psalm 90, a prayer of Moses the man of God, in which we read this petition: “So teach us to number our days, that we may apply our hearts unto wisdom” (Psalm 90:12).

In our prayer meeting last Wednesday evening we briefly discussed and prayed for the family of Canadian Christian blogger Tim Challies whose 20-year-old son suddenly and unexpectedly died last week. This young man was a believer, a student at Boyce College, a Christian college connected to Southern Seminary in Louisville, KY. One moment he was playing a game with some friends, including his sister and his fiancé, and the next moment he collapsed and died, leaving behind grieving family and friends.

Week before last I was at the funeral of my 52-year-old cousin. He had been a gifted athlete in his younger years, voted most likely to succeed his senior year in high school, had a good job as an engineer, loved to build and fix things, had a wife and three young adult children, was expecting his first grandchild, and was a Christian man devoted to his local church. But cancer took his life away in a year’s time.

We also recently prayed for the family of Pastor Gary Hendrix who died last week at age 73 after 50 years as a pastor at Grace RBC in Mebane, NC. Pastor Hendrix was active on twitter and on October 23, 2020 he sent his last tweet which read, “I have kept vigil by many death beds, now it is my time to lay on one of my own. Sobbing.”

For what is your life? The time to ask is now.