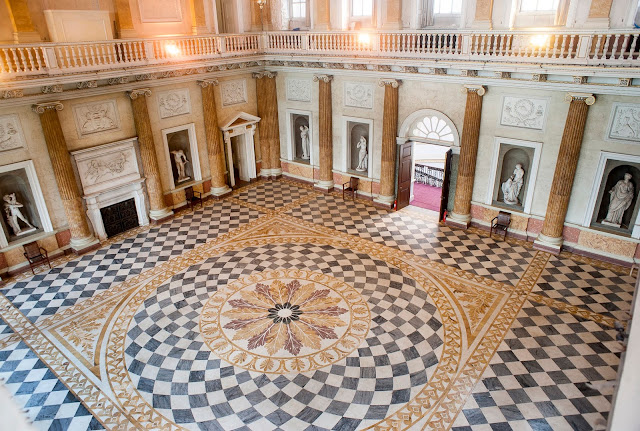 In my Father’s house are many mansions; If it were not so, I would have told you. I go to prepare a place for you (John 14:2).

Jesus begins; “In my Father’s house are many mansions [monai pollai].” The word for “mansion” (Greek: mone) means a dwelling place, a room, or an abode.

For us, the contemporary English word “mansion” has the sense of an opulent dwelling. The point here, however, is not to say that in the Father’s house there are many opulent dwellings (thus stressing the greatness of the reward awaiting the saints—though it will be greater than we can imagine) but to stress the expansiveness of God’s grace toward many, many, many people.

The point is to say that heaven will not be sparsely populated, but that there will be an abundance of room for all kinds of men. In John 10:16, Jesus taught, “And other sheep I have, which are not of this fold: them also I must bring, and they shall hear my voice; and there shall be one fold, and one shepherd.”

This is an anticipation of the Great Commission (Matt 28:19-20). There will not be just Jews, but Jews and Gentiles in the Father’s house. There will be men and women, those who were slaves and free (Gal 3:28).

Spurgeon in his Autobiography wrote:

The Father’s love is not to for a few only, but for an exceeding great company. “A great multitude, which no man can number,” will be found in Heaven. A man can reckon up to very high figures; set to work your Newtons, your mightiest calculators, and they can count great numbers, but God and God alone can tell the multitude of His redeemed. I believe there will be more in Heaven than in hell. If anyone asks me why I think so, I answer, because Christ, in everything, is to “have the preeminence”, and I cannot conceive how he would have the preeminence if there are to be more in the dominions of Satan than in Paradise (Vol. 1, p. 171).

Spurgeon’s reference was to Revelation 7:9: “After this I beheld, and, lo, a great multitude, which no man could number, of all nations, and kindreds, and people, and tongues, stood before the throne, and before the Lamb, clothed with white robes, and palms in their hands.”

To say that the Father’s house has many mansions, however, is not, to affirm what is known as “universalism,” the idea that all will be saved whatever their response to Christ. John 3:36 contradicts that when it says that those who believe in him will have “everlasting life,” while those who do not believe will have “the wrath of God” abiding upon them.

Still, the Father’s house has many mansions or rooms. It is greater than we could ever ask or imagine. And this gives us hope as we make our pilgrimage through this life.