There is something about a good used book that makes it even better, in my view, than a brand new one. Sometimes it's the experience of finding it (assuming you don't order it online from Amazon, abebooks.com, etc.). I find entering an appropriately musty used book store, looking through the stacks, finding a title you did not know you wanted, handling the book, viewing the cover and text, and reading a few pages to be far superior to "browsing" online.

When you purchase a previously owned book, it is also sometimes interesting to discover who possessed it before you. Last week I picked up a few books from one of my favorite used book stores off the downtown mall in Charlottesville and found evidence of the previous owners.

One of those was by the French Reformed theologian Pierre Ch. Marcel titled The Biblical Doctrine of Infant Baptism, translated by Philip Edgcumbe Hughes (T & T Clark, 1953). Aside from the stamp by "Lester H. Fink" of Doylestown, Pennsylvania, it also has a bold blue stamp reading "Donald Gray Barnhouse." Barnhouse (1895-1960) was a well-known Presbyterian minister and pastor of Tenth Presbyterian Church in Philadelphia. I assume Mr. Fink got hold of the book after Dr. Barnhouse, but I wonder how it came into his hands. The Wikipedia article on Barnhouse notes that he lived on an 82 acre farm in Doylestown. Was Fink a neighbor who got the book as a gift or did he buy it at an estate sale?

Here is the book: 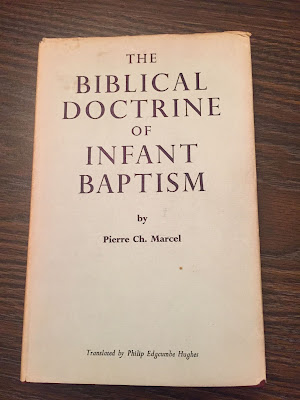 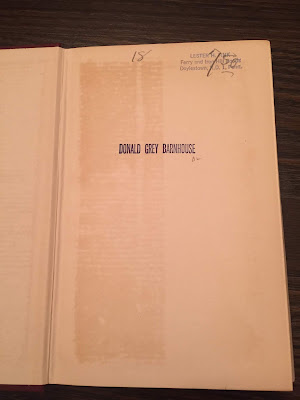 Here's a recording of a sermon by Barnhouse on "Falling into Grace":


Another find was a paperback Christology of the Later Church Fathers in the Library of Christian Classics: Icthus Edition. The inside cover reveals the distinctive signature of David Bentley Hart (b. 1965) and is dated "1991." Hart is an Eastern Orthodox philosopher and theologian, much interested in patristics, who did his PhD at UVA. I am currently reading his translation of the New Testament (Yale, 2017). Not sure how this book got in the used bookstore. Maybe he upgraded to hardback or downsized along the way. Here is the book: 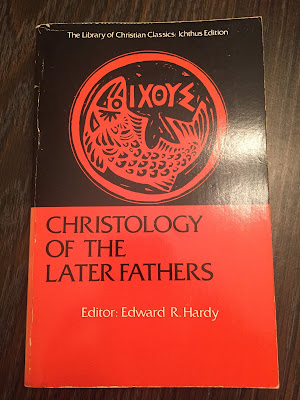 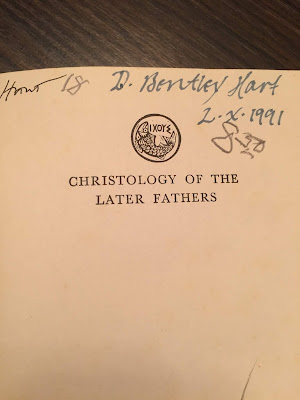 Here is a lecture by Hart dismantling the "New Atheists":

So, I have now "adopted" or "borrowed" books from the libraries of Barnhouse and Hart. Who knows? Maybe the fact that these men owned them will, by some kind of osmosis, make me preach and think better.

A new copy never would have done this.